This is the season of our inactivity.  We are doomed by September to a life of boredom and pre-training camps. So we rounded up the rest of the SBNation homeys and some others, and we're ReDrafting the 2001 NBA Draft. Up next? The Boston Celtics.

With the 10th pick in the 2001 SBNBA ReDraft, the Boston Celtics, represented by Green Bandwagon, select... 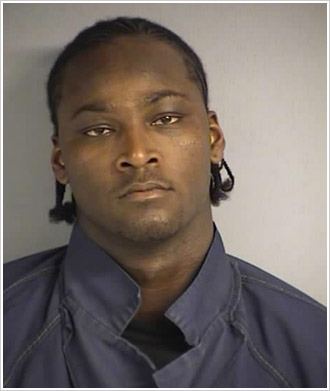 Green Bandwagon says: Though the success of the 2008 Boston Celtics has relegated some aspects of the last 20+ years to "water under the bridge status", Celtics fans don't like acknowledging the 2001 draft. The franchise walked away with Joe Johnson, Kedrick Brown and Joseph Forte. They compounded that error by trading the best of the three, Johnson, midway through his rookie season in a deal that brought Tony Delk and Rodney Rodgers to town. Somehow Paul Pierce, Antoine Walker and company shockingly advanced to the Eastern Conference Finals. Unfortunately the ceiling for those 3-point gunning Celtics was not "NBA Champion" and the decline over the next several years was difficult to watch.

Therefore the goal here is to draft someone who would remain with the team beyond the 2003 season. I thought long and hard about Gerald Wallace. At 6-7, 220 pounds his measurements are eerily similar to Kedrick Brown's. Wallace is also an impressive athlete. More importantly he can play basketball, albeit at a reckless pace. And while he initially went to a deep, talented Sacramento team, it would be easier to get Wallace minutes in Boston, even with Paul Pierce at small forward. Still I did want to bring some realism to this activity and in the end went with Kwame Brown. I wouldn't want to make him the #1 pick in the draft, give him $8 million over 2 years, or celebrate a birthday in his vicinity. However, I without the pressure and prestige of going #1 overall and Michael Jordan frequently berating him, Brown would be set up for more success. And he could do it all over again he would benefit greatly from lowered expectations. On top of that 18 year old 7-footers who can play defense and aren't complete stiffs simply don't drop too low. Look who went 10th last spring. In closing consider this the first step in solidifying the center position that Tony Battie was holding down for Boston at the time. Now if the Celtics can only get Clifford Ray into the fold sooner and find a place for Brown in Jim O'Brien's bombs away style of play.