This is the season of our inactivity.  We are doomed by September to a life of boredom and pre-training camps. So we rounded up the rest of the SBNation homeys and some others, and we're ReDrafting the 2001 NBA Draft. Up next? The Boston Celtics.

With the 11th pick in the 2001 SBNBBA ReDraft, the Boston Celtics, represented by Green Bandwagon select... 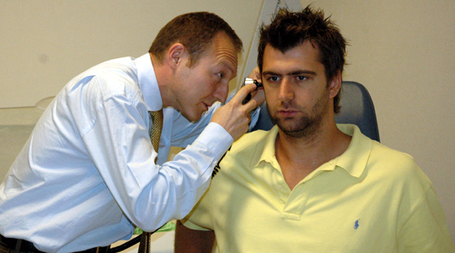 Green Bandwagon says: In hindsight it would be great if the Celtics did not have to actually make this pick. If I remember this correctly, and there is an excellent chance that I do not, the Celtics received the 11th pick from the Denver Nuggets. Boston could have held off until any of the next 3 drafts. Of course there were some protections in place for in 2002 (top 3) and 2003 (top 1) and the 2004 pick (#20) was significantly lower. Furthermore, the Nuggets completely fell apart and I don't believe that was expected. But I'm going to ignore all that and point out that the C's could have had a shot at Carmelo Anthony, Chris Bosh, or Dwyane Wade. And to be fair Nickoloz Tskitishvili. Since that would require an outrageous amount of foresight and good luck, it's safe to assume the Celtics would end up with this pick.

Enter Mehmet Okur. Granted he probably won't join the team for the 2002 season. But it's hard to pass on a big that will score, rebound, and step outside to knock down a three as well. Although I chose to do just that with Troy Murphy because he's more of a power forward, struggles on defense and would have to deal with the rantings of an illogical fan base that unfairly dubbed him the next Larry Bird. Furthermore, Okur will have an easier time breaking into Boston's front line than he did in Detroit due to depth concerns and his aforementioned 3-point shooting ability. He will also bring his formidable pick-and-pop ability to Boston and hopefully develop with Brown to solidify the center position.