Every year in the D-League is a little different.  The stand-out players and studs change from week to week, let alone year to year.  And with every new batch of players comes new attitudes, personalities, and back stories.  One thing that really sets the D-League apart from the NBA is that our players are much more uninhibited in displaying their real personalities and saying/doing crazy things (exceptions: Stephon Marbury and Ron Artest).  When you combine all of the new players coming into the D-League this year, you come up with a general theme, a storyline upon which one can predict the craziness of the upcoming season.  Take last season's theme as an example: 6'9" Left-Handed Chinese Point Guard Dominates D-League. Explosive Athletes Almost Make NBA (here's looking at you Marcus Williams, James White, and Derrick Byars).

I say all of that to come to this point.  This year's theme is becoming abundantly clear: Emo Rock Band.

Emo Rock Bands are well known as the tight-black-clothing wearing, black-fingernail-painted, ugly-swooping-hair styled, whiny-droning-emotive losers who appeal most to girls between the ages of 11-14.  Now my prediction is that certain elements of this style will present themselves in this year's players.  If you think I'm crazy and full of BS, just wait.

Hit the Jump for Proof 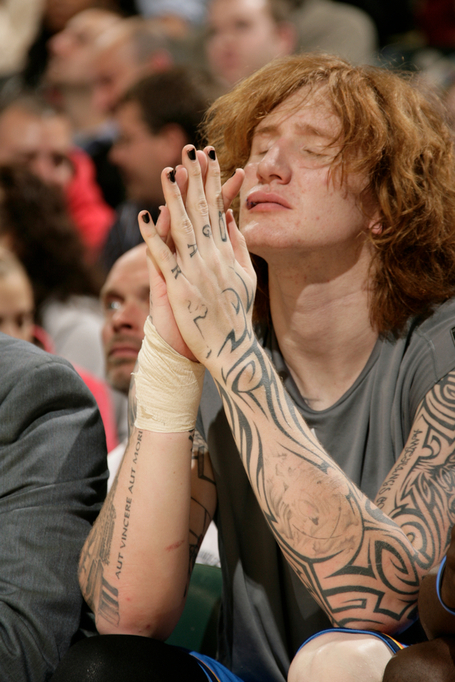 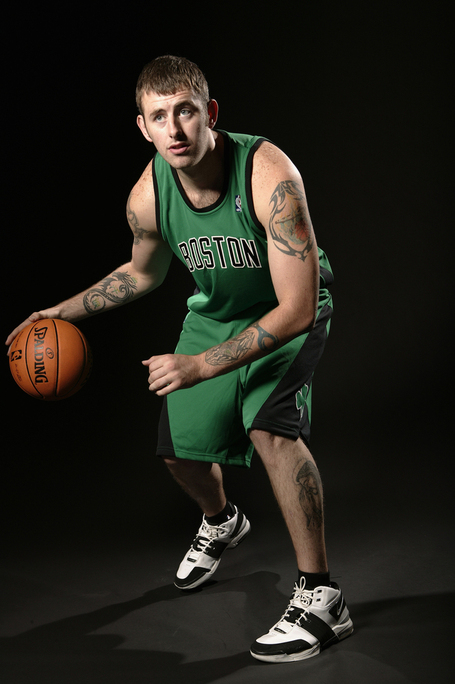 These two guys are known for being two things: Dark and tattooed (and semi-sucky at basketball).  They will no doubt bring a darker and more emotive edge to the D-League, in the process possibly scoring tons of 11-14 year old fans in places like Tulsa, OK and Bismarck, ND.

But Swift and Pittsnogle are not the only tattooed and brooding D-Leaguers.  No, there is another whose attitude and emotional sensibilities cannot be ignored.  Yeah, that's right.  Will Conroy. 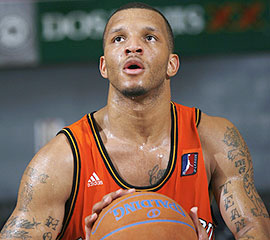 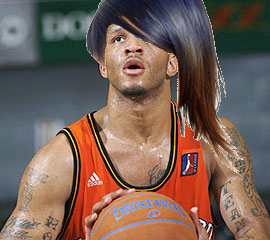 Yeah it's all falling into place, but mark my words, this year's D-League is going to be a lot more sullen and confusing.  Conroy, Pittsnogle, and Swift entering the D-League have foreshadowed interesting things to come, now just watch as it unfolds.  And try not to cry.