The Springfield Armor's mascot is going to have a dumb name

Share All sharing options for: The Springfield Armor's mascot is going to have a dumb name

The Springfield Armor apparently still don't have a name for their mascot which, if you recall, looks like this: 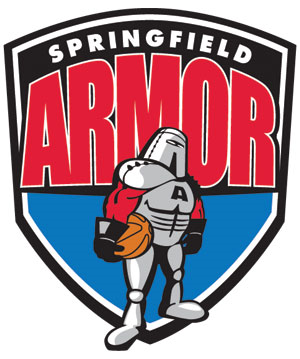 The team held a naming contest which ended this past Sunday. Why didn't Ridiculous Upside write about it before then, so that you, our readers could participate? Well you see, the thing about that is...[runs away]

Sorry about that. Here are the REAL, NOT JOKE names that the team put up for a vote, which I must again emphasize are the REAL options, and are NOT A JOKE:

Personally, I will continue to call the team's mascot Moltar, but I'll discuss each of the team-derived options after the jump.

Dumb name number one. With this one, all I have are questions. Will the mascot be carrying an ax(e), or will that be too confusing? Are the Armor (is the Armor?) trying to get some of that Ax(e) Body Spray sponsorship money? Is the name short for Axel? And if so, will the team be using the Beverly Hills Cop theme as its entrance music? The only other Ax I can think of was in the Demolition tag team, which reminds me that it's been wayyyyyy too long since this site featured an early '90s wrestling video. Enjoy:

This one I kind of get, kind of. The mascot looks like a ye olde knight, sort of, and ye olde knights carried lances, sometimes. It's a little bit Ren Faire-y, but I get it. Of course, if they were in Austin, Lance would mean this guy: 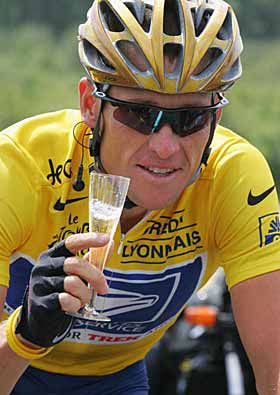 Attention Springfield Armor: naming your mascot "Link" leaves you open to numerous "Legend of Zelda" jokes, or at least it would if I ever played those games. I didn't, but I know that one of them was called "Ocarina in Time," so I'll probably just reference that over and over. Consider yourselves warned. 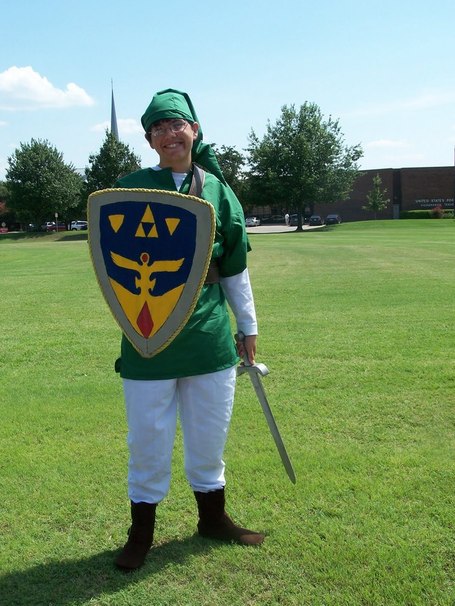 Wait, I thought that ye olde knights carried lances, not sabres. Unless the team name is changing to the Springfield Russian Cossacks, I don't get it. I can only assume that team owner Michael Savit was watching the old American Gladiators show on ESPN Classic recently and thought that Sabre sounded like a cool name for the mascot. Be the light, kids:

Okay, I really don't get this one. Steal? As in, theft? Oh I get it now, they mean a steal like in basketball. You know, how like other teams name their mascots "Swish" or "Hoop" or "Dunk" or "Effective Field Goal Percentage." Well I can see how that...no, wait, no. How, exactly, does that relate to what the mascot looks like and/or the team name of Armor? Are they encouraging people to steal the guns stored in the Springfield Armory? That can't be right. I thought the D-League was about family-oriented entertainment. The only other thing I can figure is that it's supposed to be "Steel" and someone mis-typed it. Because the armor is made out of steel, I guess? Or at least we're supposed to pretend that it is even though it's likely made out of some kind of foam rubber. Of course, we all know what steel mills are like. 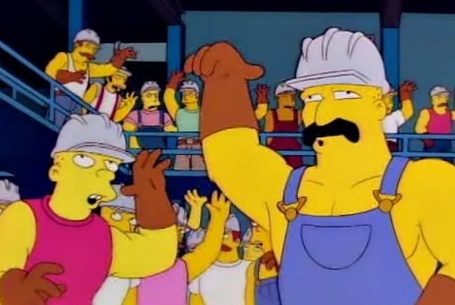 Keep reaching for that rainbow, Springfield!