Hey, there are D-League games tonight!

Share All sharing options for: Hey, there are D-League games tonight!

Tonight marks the beginning of the preseason!  Which means games!  D-League games!  Okay, let's not go overboard, these are D-League preseason games.  But still!  Tonight the Sioux Falls Skyforce and Dakota Wizards face off, as do the Erie BayHawks and Fort Wayne Mad Ants.  Both games are at 7 pm eastern/6 pm central.  I probably won't do this for all preseason games, since they're, you know, preseason games, and because the regular season is only a week away anyway, but let's break them down!

Both of these teams bring back a lot of key players from last year's rosters, but I think the Mad Ants' guys are slightly better.  I mostly say that because Erie's two best players last season were Erik Daniels and (arguably) Maureece Rice, and neither of those players are around.  Fort Wayne, on the other hand, brings back Chris Hunter, who was on the all-D-league second team.  Chris Hunter is not with the team in Erie.  Interrobang.  The BayHawks do have some nice three-point shooting in Ivan Harris, but Fort Wayne can counter that with Ron Howard's excellent perimeter defense.

As for who's joined each team this year, again, I think Fort Wayne again has a bit of an edge.  Donell Taylor's defense will likely show itself against a team that may be more perimeter-focused in Hunter's absence, but Rob Kurz is a very good three point shooter, Fort Wayne's other former Notre Dame guys (Ryan Ayers and Kyle McAlarney)) should do well in the D-League, and they've added enough solid pieces that I think they'll be a lot deeper than they were last year.  Alade Aminu is probably better than I think he will be, and he's talented enough to some problems for Hunter defensively, but I just don't love the rest of their additions enough to say they'll outperform their counterparts.

One final thing to note is that each team is looking for a point guard to hitch their respective offenses to, with Rice gone for Erie and last year's Mad Ant PG Walker Russell taking his game overseas.  McAlarney and Andres Sandoval will be the rotation for Fort Wayne and I expect Derrick Mercer Donell Taylor to get some or all of Erie's minutes at the point (even though he's more of a shooting guard), but the fact that all of them are new to their teams and getting used to running the offenses could be something to watch.

Whereas the last game saw two teams with new point guards, this one has two teams with new coaches.  Rory White for the Wizards and Tony Fritz for the Skyforce have solid resumes, but this will be the first time we'll see them run things in the D-League.

As for the returning players, you have to give this one to Dakota, which returns five or six key guys from last year's playoff team, while Sioux Falls no longer has former D-League MVP Kasib Powell.  With Blake Ahearn gone, Romel Beck and David Bell will carry more of the scoring load, and they should be able to do it.  Bell should, anyway.  Beck isn't always consistent offensively, a function of his preference for the isolation game.  When he's on, though, he's excellent.  Keith Brumbaugh is talented, and David Bailey is a decent option at point guard, but missing Powell hurts.

I think Sioux Falls might have the edge in new additions.  While Curtis Withers should be solid for the Wizards and Marcus Dove is a good defender, I'm not entirely sold on D'Lancy Carter, and you can only play so many frontcourt defenders at once.  I thought the Skyforce did a good job drafting for scoring with Reggie Williams and Leemire Goldwire, and Raymond Sykes is an athletic dunker, which counts for something at this level.  They also have allocation player Joe Krabbenhoft, who (if local news reports are to be believed) is on a few NBA radar screens

So join me tonight, as I OSLB some D-League preseason games while watching Futurecast!  Be there!  Okay, it looks like none of the preseason games will be on Futurecast.  Instead I'll spend the evening thinking about how to tighten up my blogging.  Sheesh. 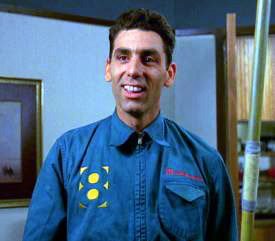