And The Winners Are...

Share All sharing options for: And The Winners Are...

Alright, we actually got a pretty good turnout for RU's very own All-Star Mascot and Dance Team election.  While Fort Wayne led both contests early (What happened?), two division rivals took over late!

First, the Sioux Falls Skyleaders got over 50% of the vote with 46 votes, and second place wasn't even close.  The Fort Wayne Madame Ants barely edged the RGV Snake Charmers, taking second place by just two votes.  It would have been nice if the Skyleaders actually could have been in Phoenix as Sioux Falls lone All-Star weekend competitor, Bobby Jones, never made an appearance, and without any explanation why!  Also, bonus points to Naatjes Concrete.  Doesn't seem like a likely dance team sponsor, but more power to them! 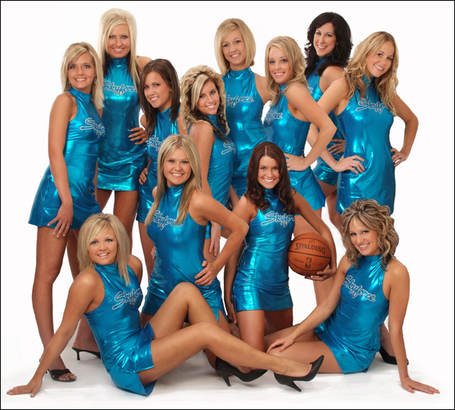 For the mascots, which didn't get quite as many votes (Apparently cute girls are more important to the RU readers fan experience than the wonderful mascots), the winner was Dunkie, and it wasn't even close.

While Dunkie doesn't gain the national attention like Da Bull and Nightmare Ant get, he still has his fans out there.  When I emailed Dunkie for comment, he was positive his wonderful fans were what got him in, rather than sympathy votes after seeing him dismantle his knee.  Dunkie got 48% of the votes, defeating the Nightmare Ant by seven votes.  Nobody else was even close! 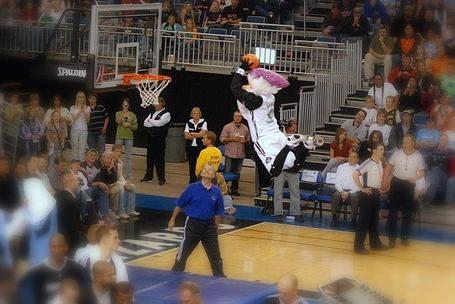 Alright, D-League, now it's your turn.  Next year, while putting the ballot up for who gets to go to Dallas for the All-Star game, lets get Dunkie and the Skyleaders down there as well!