UPDATE:  Don't ask me how it happened, because I have NO FREAKING CLUE.  AT ALL.  Hoping someone will drop by soon to let us all know what happened to Patrick Ewing Jr. at the dunk contest, how NBA TV covered the dunk contest but it didn't get shown anywhere, and how in the heck Stanley Burrell got put in the box score as Nancy Lieberman.  Check back soon for the answers to these questions! 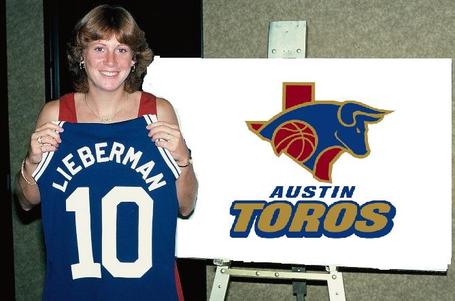 Alright, so I was going to live blog the Anaheim-Austin game, but had buffering issues and it just wasn't working out.  Still was following the box score however, and noticed that Nancy Lieberman checked into the game.

Nancy Lieberman is still setting records, now playing in her second men's league, as a quick check on Wikipedia showed that she played in the USBL as well as playing for the Harlem Globetrotters opponents, the Washington Generals.

She also set a record twice for being the oldest woman to play in the WNBA, first when it started at age 39, and then last summer, when she signed a 7-day contract with Detroit at age 50.

Here is her first half box score: