Eddie Gill Called-Up To The Bucks

Share All sharing options for: Eddie Gill Called-Up To The Bucks 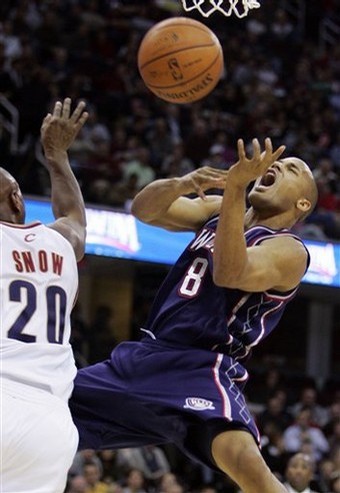 Eddie Gill, the former Weber State product who was averaging 16 points and 8.6 assists on 39% shooting for the Colorado 14ers, has been called up to the Milwaukee Bucks for a 10-day contract.

The 31 year old Gill doesn't have as much upside as I would like, as he was the third oldest player currently in the D-League.  He does however have the experience necessary to be a very good back-up to former D-League product Ramon Sessions.  This is Gill's sixth NBA call-up, third with the D-League, with the most recent coming at the end of last season to the Seattle Supersonics.

Gill has played 181 NBA games, including nine starts, averaging three points, an assist, a rebound, and a turnover.  While Gill will bring leadership and a veteran poise to the backcourt, I am still disappointed that the NBA hasn't shown some cojones and pulled the trigger on one of the young point guards that have some upside, rather than just a resume of five different teams (Indiana, Memphis, Seattle, Portland, New Jersey)  and a 39% shooting touch.  He's pretty much the anti-Tyronn Lue in that he can't shoot, but loves to pass.