Last night in the D-League, we learned that Springfield, Massachusetts is definitely the newest D-League team.  This more than likely doesn't affect the Celtics affiliation with Portland, but with a D-League team in an NBA teams state, it made me wonder none the less.

I've also learned that either there are a lot of Dakota fans that check this site out or Dakota should be really good, as Blake Ahearn and Richard Hendrix have 22 of the 56 votes in the most recent poll.  In a related note, Josh Davis has only two votes.  Disappointing. 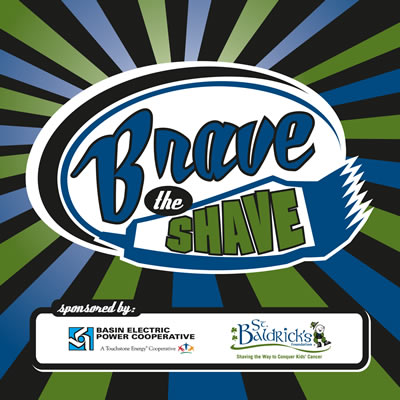 Speaking of Dakota fans, and speaking to even non-Dakota fans, I'd like to direct you to this site.  Three Wizards (well, two current, Richard Hendrix and Renaldo Major, and one former, Rod Benson) are participating in this years "Brave The Shave" event.  This is an event that entails that the three players will be shaving their heads to raise money for childrens cancer research.  The thing is, they're looking for pledges to help out the research, with just a small $1,000 goal. If you can, go donate to a worthwhile cause.  Even a small donation will do!

The Vipers have a little TV show on their website you can check out if you'd like, featuring interviews with Jared Jordan and Jawad Williams.  Nothing groundbreaking, but interesting nonetheless.

There were also a couple of good, close games in the D-League last night, with Idaho barely beating a James White-less Arsenal squad, 91-90, and Reno upset Bakersfield, 116-110.

What was interesting about those games?  Glad you asked!  Not much from a viewers standpoint, so we'll get straight into the standout players after the jump.  Spoiler: they include RU's favorite ref and Patrick Ewing Jr!

Marat Kogut reffed the first game, and thus, a technical foul was called that I considered questionable from my spot at home on the couch.  Nate Jawai was putting together a huge, momentum filled string of plays, capped off with a big dunk over an Anaheim player, looked at the Anaheim player, got to half court, and Kogut's whistle blew.  End of momentum for the home team.  Good job Marat!

Luke Jackson started out hot for Idaho, but cooled down quickly.  After 10 points in the first quarter, he finished with 23, though rounded his game out with nine assists, eight boards, and six turnovers.  Watching Luke play, his body language does not impress me.  Just always seems to have something wrong with him, possibly gas.

Marcus Campbell had a good game, despite battling foul trouble right out of the gate.  Campbell is a dude that should probably go overseas and make a lot of money, as I like him a lot and don't believe he's got an NBA career ahead of him, but he'll more than likely stick around, maybe catch on with a Summer League team, and come back and enjoy life in the D-League.  After all, he played for the Arkansas Rim Rockers way back when.  If you're willing to come back to the D-League after playing in Arkansas, you like the D-League.

Patrick Ewing Jr., thanks for finally looking like you deserve a call-up.  Not sure what Jay Humphries was doing with him on the bench for so long.  Why start drug kingpin Damone Brown or Jesse Smith (who made his Dakota debut with one point, two fouls, a turnover, and making none of his three shots from the field the other day) when you have this ball of energy on the bench?  Watching him and Rod Benson on the court is fun.  Anyway, PEJr finished with 22 points, 15 boards, multiple alley-oops, and some AGGHHHS after and-ones.

Trey Johnson was Trey Johnson for Bakersfield.  Point guard Mateen Cleaves was subbed out with Bakersfield losing 81-67 in the third, and was brought back with Bakersfield down 99-95 in the fourth.  While Terrell (I'm kind of a point guard) Everett was subbed in for Cleaves, I'm giving Johnson the credit for bringing the Jam back.  Johnson ran the offense, scoring 24 points, grabbing five boards, and dishing four assists.

Others for Idaho: Lance Allred had 18 points, 14 boards, and showed off a decent mid-range game at the end.  Nate Jawai finally seemed to have settled in, though struggled with turnovers.  Jawai finished with 15 points, six boards, five blocks, and five turnovers.  Looked impressive from what I watched.

Others for Anaheim: Kedrick Brown had a clutch 3-pointer that kept Anaheim in the game, and finished with 20 points and eight rebounds.  Good, not great.  Cedric Bozeman had 23 points before fouling out.  Also, I should probably give a shoutout to Cameron Bennerman, who mysteriously showed up on Anaheim's roster tonight without myself ever hearing of him before, playing 28 minutes and shooting 7-for-11 from the field.  Good job, guy!

Others for Reno: David Noel had 23, Richie Frahm had 20, Russell Robinson had 18 points, seven assists, and Rod "Boom Tho" Benson remembered how to block shots.  Benson finished with 10 points, seven boards, and five blocks off the bench.  Would love to see him start over Alton Ford next time out.

Others for Bakersfield: Justin Reed had a big game, but once again, I just can't find myself to like him.  Have fun out there, please, J-Reed.  Reed finished with 19 points and 14 boards, six on the offensive end.  Considering he missed 12 shots, I'm going to go ahead and say his boards are inflated.  Nothing else impressed me in the box score.