UConn vs Syracuse: Six OT's; Love of the game; (D-League stuff happened too)

Share All sharing options for: UConn vs Syracuse: Six OT's; Love of the game; (D-League stuff happened too) 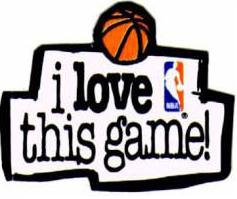 Unfortunately, due to some issues with Colorado's futurecast, the 14ers-Vipers game wasn't aired.  Fortunately, this led to me watching the greatest game I've watched in a long time, maybe ever: Syracuse taking UConn to six overtimes before pulling out a 127-117 victory.  Very impressive.

(While we're talking about non-D-League, I'd like to make it clear I hate the new facebook.  As Mr. Rod Benson wrote on my wall today, "it's now twitter".  Exactly.  So use Twitter.  Follow me.  We can be friends.  Also - I need some book recommendations.  Hit me up if you've read anything good recently.)

Passion for basketball, a life in sports, doing what they love, is what seems to keep the guys in the D-League going strong as well.  With guys like Kurt Looby playing this year for the D-League minimum ($13,000 + housing), it's about the love of the game, following your dreams, and hoping to end up where you want to be someday.  It's about being hungry, being close to family and friends, hoping to get noticed -not caring about the money.  I love it.  Why not follow these players that are so hungry to achieve their dreams?  The guys in the NBA have already have reached their professional goals - let's hope more in the D-League do soon!

Anyway, lets get down to business and look in-depth at last night in the D-League after the jump!

Two games on tap, and one was a dreaded Tulsa-Iowa 11am game.  Games in Oklahoma, when Oklahoma State and Oklahoma play, eachother, will never have good attendance, especially in the morning, when the home team has the chance toimprove their record to 7-29.  For the fans that did show up (either 1,809 or as was pointed out in the comments, it might have been 18 on one side, 09 on the other), it was a great game, with Tulsa beating the heavily favored Iowa Energy in overtime, 108-107.

Tulsa was led by Gary Forbes, who I'm told Oklahoma City is pretty high on.  Not surprisingly, he finished 25 points, 10 boards, and five assists, though he also turned it over seven times.  Forbes has the knock of a bad attitude, and the turnovers from the swingman doesn't help, but he has been the most consistent 66er since being traded to them from Sioux Falls.

Other notables for Tulsa include Herbert Hill, who had a succesful debut with 19 points, 10 boards and five blocks, while being matched up against Courtney Sims.  Derrick Dial also impressed me in the first game he was actually noticeable.  The old man hustles!  Dial finished with 19 points, nine boards, seven assists, and three blocks from the point guard - off the bench!

Curtis Stinson was the man for Iowa.  Why haven't you heard of Curtis Stinson this season?  I honestly can't tell you.  Perhaps it's because he's played with Cartier Martin (signed for season with Charlotte), Courtney Sims (two 10-days), Anthony Tolliver (started season in NBA, 10-day with New Orleans before going overseas), and Othyus Jeffers (assuming his time is coming in the next couple weeks), along with Denham Brown and JamesOn Curry.  Pretty hard to get noticed among that crew.  Stinson, however, has kkind of traveled under the radar for awhile.  Declaring for the draft after his junior season at Iowa State in 2006, he went undrafted.  He has made three NBA Summer League teams, most recently with the LA Clippers, but has never stuck.  Iowa's also the fifth D-League team he's been with, despite not putting up terrible numbers at any of them.

This game, Stinson played all 53 minutes, scoring 17 points, dishing 16 assists, grabbing six boards, and turning the ball over just four times while being the primary ball-handler the complete game - overtime game.  Stinson's numbers are impressive, but not all that surprising when looking at his season stats.  He's averaging 15 points, 7.9 assists, and 7.1 boards per game.  Problem is, his shooting is atrocious - 42% from the field, 15% from 3, and 72% from the line.  Not great for a point guard.

Other notable performances for Iowa include Courtney Sims, who finished with 23 points, 14 boards, and five turnovers, Denham Brown, with 21 points off the bench, and Othyus Jeffers, with 19 points and 13 boards, along with a huge steal that gave Iowa a chance at the end of overtime.

The futurecast didn't work for the first half, which was a huge disappointment.  I didn't try during the second half, because there were other comittments (see: above; also Basketball, greatest game ever witnessed) that took me away from my lovely minor league obsession.  Luckily ADB live blogged it and Chad Andrus of the 14ers sent me the post game recap, so I've got a little bit to go off.  Biggest news of the night, Carmelo Anthony, among others was there to watch.

Colorado, as usual, had a solid performance from everyone.  Sonny Weems was most impressive, for the second straight game. Seemingly, he should be in the dunk contest someday.  Or at least the alley-oop contest.  He's extremely athletic, able to adjust to any pass near the rim and throw it down with authority.  I like him.  He finished this game with 26 points off the bench.

Other notable performances include John Lucas with 20 points off the bench; draft-eligible Trey Gilder with 20 points, six boards, and four blocks; Eddie Gill who flirted with a triple double scoring 16 points, grabbing 10 boards, and dishing eight assists, and Josh Davis, who finished 17 points and 12 boards, despite an 0-for-5 night from beyond the arc.

RGV was led by Jawad Williams, who scored 28 points on 26 shots (just two points in the fourth quarter (not period, but quarter - periods are hockey) and grabbed just five boards.  Disappointing performance from Williams, really.  As we've talked about, team, practice your 3-pointers during warm-ups; going 3-for-11 in the game is not going to help your odds of getting a call-up.

Kurt "My Favorite" Looby was the only other player worth talking about for RGV.  A commenter, presumably his brother, came on here awhile ago and put me on Looby watch.  I've been impressed more often than not with the big fella.

The rookie out of Iowa finished with 11 points, 15 boards (seven offensive), and five blocks.  Dude seems to live off of blocking shots and hustling.  If he's not careful, he's going to sneak into being my favorite player.