Share All sharing options for: 27 Questions For Coleman Collins 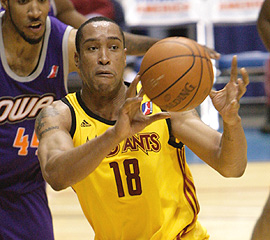 You know Coleman Collins. He's the Mad Ants' 6-9 power forward from Virgina Tech. He's averaging 11 PPG and 6 boards a game (mostly) off the bench this season for the Ants. Last summer he spent some time with the Phoenix Suns. And yes, I know what you're thinking. The above picture makes him look like a frog. But I promise, he doesn't always look like a frog. Coleman was kind enough to answer 27 awesome questions about life, basketball, and pizza, and I must say this: Man has some taste. Check it after the jump!"

Even though it's generally considered poor etiquette to speak ill of the departed, I am the best dunker on the Mad Ants, and was always, even when those two guys (Eric Smith and Shawn Hawkins) were here on the team. Ask anyone." - Coleman Collins

1. Were there any David Bailey height jokes? Any favorites? (Bailey was with the Mad Ants earlier this season, before being traded back to Sioux Falls for Carl Elliott)

Nobody really has any jokes for DB because he's always already running his mouth.

2. What was the album that got the most spins on your iPod last year? Right now?

This year is Wale's 100 Miles and Running  (great pick by Coleman, you can grab this mixtape for free right here) or Vampire Weekend - selftitled

3. How do you feel about the nickname CC? (I’m sure you’ve heard this before)

I don't really do nicknames. I've never had a nickname that stuck. I just go by my government name.

4. What Office character can you most identify yourself with?\

I would be Jim. I enjoy making fun of other people without them knowing.

6. Is it just me or does Chris Bosh actually look like a Raptor? (as in: Chris Bosh looks like a velociraptor – the dinosaur)

I can see the resemblance. 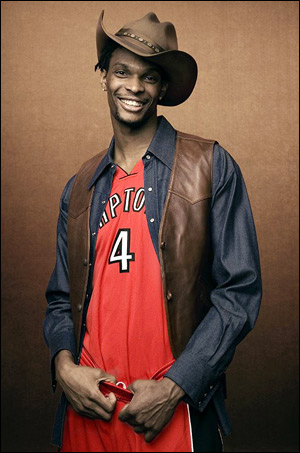 7. I’ve read a few articles comparing you to Mikki Moore, another guy who spent time playing in Fort Wayne. Thoughts on that comparison?

I don't mind being compared to anybody with Mikki Moore's money. He's made a solid career for himself, something anybody could be proud of.

I don't typically have favorites. I like pretty much everything at different times. Pizza would have a combination of one of the following toppings. Chicken, Italian sausage, pepperoni, mushrooms, spinach, extra cheese. Combination would depend on my mood.

11. Who’s the one player, non-Mad Ant, you think deserves an NBA call-up the most and why?

James White. He's got league experience and he's been dominant all year. (Got it!)

12. Is Walker Russell the best PG in the D-League?

Obviously. He's averaging a double-double from the 1 spot and leading the league in assists on a team that isn't a particularly high-scoring one.

No response to this question for Coleman. The most obvious answer however is "answering these questions for Ben Renz."

14. Any cool "I dunked on…" stories during your time with the Raptors, Nuggets, or Suns? Any embarrassing "I got dunked ON..." stories?

Hmmm, don't really remember individual dunk-ons. They all run together. I don't really get dunked on very often, unless I happen to be standing under the basket or looking in the wrong direction.

15. Who’s the best dunker on the Mad Ants? From what I've seen during warm ups I'm personally going with Shawn Hawkins; however Eric Smith will always be the greatest Mad Ant dunksmith.

Even though it's generally considered poor etiquette to speak ill of the departed, I am the best dunker on the Mad Ants, and was always, even when those two guys were here on the team. Ask anyone.

16. How was it playing with Alex Acker and Walter Sharpe? (the two were on assignment from the Detroit Pistons for four games back in early January)

It was a little hard as far as team chemistry was concerned, because they were kind of thrown into the mix, but it's always ultimately positive to play with players of that skill level.

17. Favorite place to play on the road in the D-League?

Anywhere with warm weather and a real sit-down restaurant within walking distance of the hotel.

18. Did you ever collect basketball cards? Any favorites you remember? Favorite things about the hobby?

I have an extensive collection of basketball cards at home. Tons and tons of cards from 1992-1998. No favorites, again. Favorite thing is the smell of the cardboard/paper when you open up a new pack. The crinkle of the foil as you rip it open. The search for an All-Star player among legions of Antoine Carr's and Kevin Duckworth's (RIP).

19. What was playing in Germany like? I’ve read lots about players in Russia and Spain, but never Germany. What was your favorite thing culturally over there? How’d you pick up on the language? My girlfriend’s grandpa is from there and he has an incredible accent. Which leads me to another question…Do you agree in the flawless thinking that Penelope Cruz has the greatest accent ever blessed upon a human being?

Germany was great. I spoke the language before I got over there, so it wasn't really a problem. 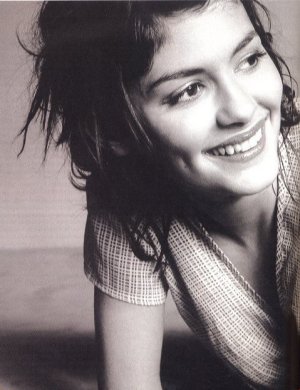 20. If you were stranded on a desert island with Harrison Ford, do you think you’d fall in love with him a little, much like Anna Heche does in in 1998 romantic comedy Six Days, Seven Nights? I’m talking platonic here of course.

Never was a Harrison Ford fan. Don't really get the point of him. (Obviously someone hasn't seen Raiders of the Lost Ark).

21. Favorite place to go in Fort Wayne? If you can’t think of one, I can totally see why. Not a bad place to live, but there’s really nothing that sticks out.

I go to Henry's downtown a couple times a week. Club Soda occasionally, but the people at Henry's basically know me by name.

22. What candy bar describes your game the best?

Twix. Recall their slogan after I score.

25. How much better do you play in the Memorial Coliseum every night knowing that Master P played in the very same building?

It's a constant source of pride.

This was really bad. Not on the court, but off. I will never go to either of the Dakotas again for any reason as long as I live. Unless it's completely unavoidable, which would be unfortunate.

27. What’s your biggest motivator on the court?

The fact that there's a recession and that at any moment I could be out there on the job market.

I'd like to thank Coleman for taking the time to answer these questions. Great guy, great player and I wish him the best in the future.