How Dwight Buycks Can Make an Impact For the Toronto Raptors

The former Tulsa 66ers guard who spent a year in Europe parlayed a great summer league into a temporary home in Toronto. If he can protect possessions better, he can secure a role as Kyle Lowery's back up for the Raptors.

Share All sharing options for: How Dwight Buycks Can Make an Impact For the Toronto Raptors

For those of us who are fixing for basketball sometime around mid-July, the NBA's Orlando and Las Vegas Summer League action is the soothing remedy the doctor ordered. If you played particular attention to the action in Orlando (which was filled with big named rookies like Victor Oladipo, Solomon Hill, Michael Carter-Williams and Kelly Olynyk as well as NBA talent like Andre Drummond, Jeremy Lamb and Terrence Jones), you couldn't help but notice an explosive and playmaking point guard playing for the Oklahoma City Thunder.

And it wasn't just Reggie Jackson. Yes, Sam Presti pretty much has this Development League thing figured out.

Dwight Buycks was arguably the best player in Orlando Summer League, earning All-Tournament Honorable Mention, and his performance impressed Toronto's front office so much that it earned him a highly-coveted non-guaranteed invitation to the Raptors veteran camp. Thus far, he's been pretty impressive, but is going through some expected growing pains.

"He doesn't back down," Raptors coach Dwane Casey said. "If he makes a mistake, it's not [made because of fear]. It's just because he hasn't been there before.

But that type of speed that he brings to the game, he can break defences down off of the dribble.

"I don't know if there was any guard in the late first or second round [of the draft] that is as good as Dwight. For us, it was a steal."

In preseason play, Buycks has averaged 7.2 points and 3.8 assists in 19 minutes and to his coach's point, he's struggled with turnovers as he can sometimes be very loose with his handle. He also hasn't shot well from the field or displayed the perimeter range needed from today's point guards in catch and shoot situations. He's 0-7 for the preseason from downtown.

He's getting a serious look from Toronto and if he can work on some simple things, like reducing turnovers (11 in 5 games), the Raptors may have found a proper back up option to the explosive Kyle Lowery at point guard. Young players don't earn minutes right away because they've yet to earn the trust of their coaches. Buycks need to prove to Coach Casey he's trustworthy in his decision making in the same fashion he displayed for the better part of his minutes in Orlando. 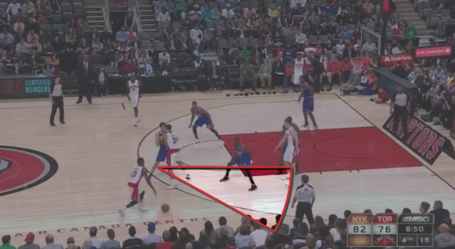 Here, Buycks struggles to read the trap zone on the right sideline when utilizing a screen from Landry Fields. The lack of space on that part of the floor is a recipe for disaster. 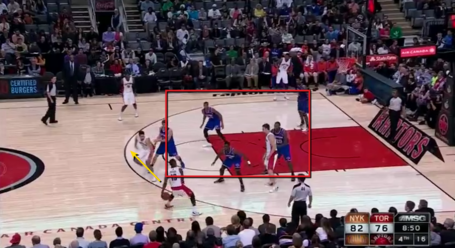 Right here he has to recognize the lack of space and reverse the ball immediately considering there's still ample time on shot clock and the opposite wing is open. 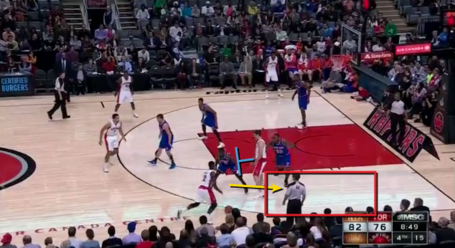 Instead, Buycks uses a short side screen with limited room on the sideline and no path to the basket. 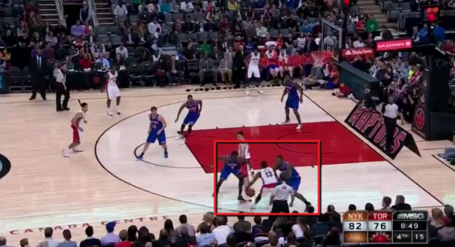 The Knicks smartly jump the sideline and trap... 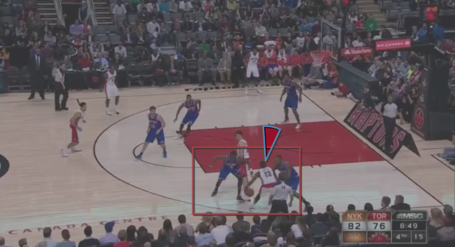 Desperate to try and break the trap Buycks decides not to split the defenders and makes a poor decision to spin towards the sideline in a two-possession game... 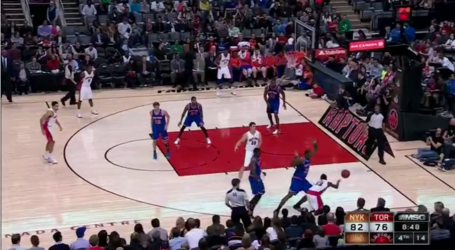 ...resulting in a costly turnover.

These are the type of plays that make coaches scratch their collective heads when a player tries to do too much. If Buycks can understand that his role would be to protect possessions and get his team the best shots on each of those possessions, he'd be better off. He has to understand the play there is a quick reversal pass to Fields and a reset on the opposite wing. Here's some more highlights of his two performances against the Knicks on one reel.