What Would NBA Teams Be Getting in Hassan Whiteside?

With big men always at a premium in the NBA, teams are still Looking at Hassan Whiteside.

Share All sharing options for: What Would NBA Teams Be Getting in Hassan Whiteside?

In the 2010 NBA Draft, the name Hassan Whiteside was on everyone's lips because of his polarizing highlights and a somewhat questionable background that not many people could get a grasp on. The guy embodied the phrase "raw talent," and at 24 years old, still does. Via DraftExpress in 2010.

Whiteside is one of the more intriguing players in this draft, and you can see why from his situations statistics.

With a usage of 12.8 possessions per-game that ranks him just above average, Whiteside scored on a very solid 56.8% of his overall touches and turned the ball over at a low 13% rate.

Whiteside received just 27% of his touches in the post, one of the lowest marks on our center rankings. Despite that fact, he scored 61.1% of those touches, good for third on our list. He was fouled on 16.1% of those shots, ranking him second. Whiteside was able to make a nice impact on the block despite his lack of lower body strength, showing a nice hook shot and unique touch for a player his age.

Outside of the post, Whiteside used his length to generate 2.9 possessions per-game from offensive rebounds (3rd). Showing impressive versatility, 26% of Whiteside's shot were jumpers, the top mark in our sample. Making 40% of those shots and finishing at a highly respective 64.1% clip, Whiteside is one of the most unique talents in this draft. His ability to score from the outside at his height is incredible, he was one of the most impressive shot blockers in the NCAA last season, and shows the potential to score in multiple situations.

When studying that draft some executives I spoke with had him projected anywhere from lottery pick to being completely undrafted. Whiteside would end up being drafted 33rd by the Sacramento Kings where he has appeared in 19 games bouncing back and forth between their Development League affiliate Reno Bighorns. He was waived by the Kings in 2012 and combined to finish the season with Reno and Sioux Falls.

As veteran camp approaches, HOOPSWORLD's Alex Kennedy notes that the Knicks, Heat and Bucks are interested in taking a look at Whiteside. In my opinion here's what they'd be getting.

If you're going to get major minutes in the NBA as a big man, you have to be able to score. Whiteside has really struggled with his footwork and the speed of the game even in garbage minutes. This sequence really shows me a lot. 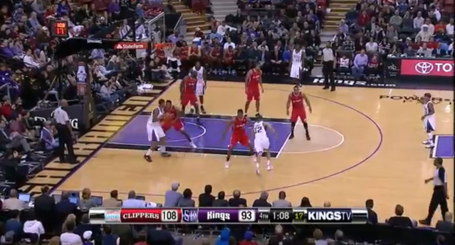 After establishing decent post position, Whiteside waits to see if a double team is coming, which is smart,. Then, when he sees he is in one-on-one, the big man selects what he feels is his "go to" low post move on the Clippers' Trey Thompkins. 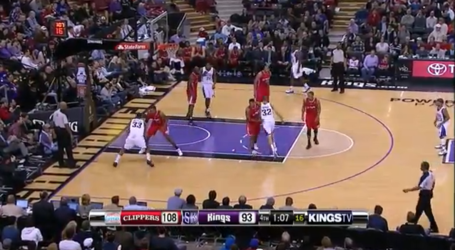 Solid face up, but where the big man move breaks down is he doesn't show a shot threat to get Thompkins out of his stance. Plus, Whiteside has no angle to attack baseline because he's chosen his right foot as his pivot foot, thus limiting his choices, and giving his defender the advantage. He's not selling any sort of offensive confidence and Thompkins knows it. 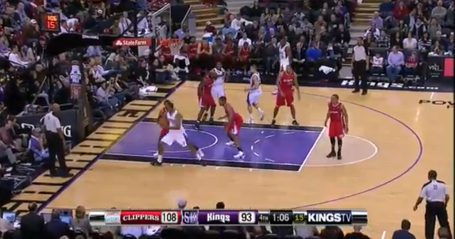 Because his right foot is planted he has no choice but to jab step and fadeaway not fooling the defender one bit... 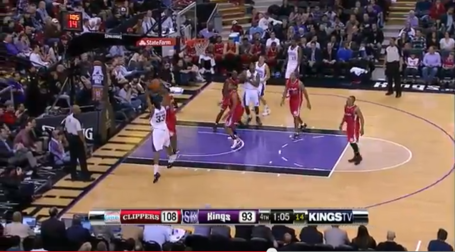 And the result is a snuffed out blocked shot.

Whiteside doesn't do anything special offensively in his small sample size. He has very limited shot making zones and hasn't proven he can play pick and pop in today's NBA, an absolute MUST for guys 6'10 and above. Via Vorped. 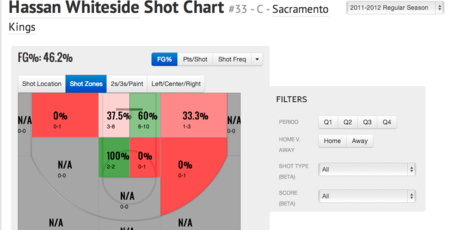 Defensively, Whiteside can make an impact, but I don't believe it's enough of one to merit rotation minutes. He has been disruptive to NBADL guards, posting a career 2.2 block per game average. But again, his footwork in pick and roll/pop situations really hurts him and puts his teams at a disadvantage.

I'm not convinced he can guard more than one position, despite being above average in help situations. He's willing to protect the rim, but can't play sound defense 12-15 feet from it.

Oh, and there was this thing that happened that he still may be thinking about at night.

I'd be interested in hearing what comes out of Whiteside's workouts and where he is at in his development specifically with his pick and pop jumper and overall footwork. If he can raise the level of both up just a bit, the big man just may find his roster spot somewhere and finally find some rotation minutes in the NBA, thus fulfilling his unlimited potential executives saw coming out of Marshall.