Share All sharing options for: Nets Looking For A Quick-Fix Point Guard To Replace Devin Harris 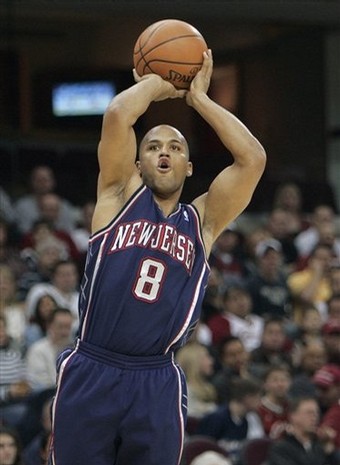 According to the New Jersey Star-Ledger, the Nets are in the market for a 10-day point guard.  When Kiki Vandeweghe was asked about the possibility with Devin Harris out for a few games, he said:

"That's certainly under discussion at this point. And luckily we do have a roster spot... We're looking at it right now."

Perfect.  Luckily, we just went over this a couple of days ago!

In that post, my quick fix was Eddie Gill.  This morning, we're not deviating.  While I didn't think that the Nets would be the team in the market for a quick fix, they are probably the best option for Gill.  Gill, if you remember, was the first call-up last season to the Nets, where he played 13 games, starting one, in Coach Lawrence Frank's system.  Then, this off-season, he was signed for training camp, getting in six preseason games before being released.  Gill also got his start with Nets, playing in eight games during the end of their season.  The Nets should be familiar with him.

While I absolutely hated when Milwaukee went with The Thrill earlier this season with his back-to-back 10-day's, I'm under the impression that he's the perfect fit in New Jersey.  It doesn't make sense not to go with him.  He's got a lot of experience (with the Nets and in the NBA), the Nets probably won't use this for an audition for next season, and he's coming off of a 22 point, 11 assist night where he had just seven field goal attempts!  Good Timing.

If not Eddie, I could see Walker Russell, John Lucas, or Will Conroy filling the spot.