You Know Who Loves The Springfield Armor? Ron Chimelis, That's Who

Share All sharing options for: You Know Who Loves The Springfield Armor? Ron Chimelis, That's Who

In an article published today on Masslive.com, Western Massachusetts beat writer Ron Chimelis let it be known that The Armor was the best possible name for a Springfield D-League franchise. Ron felt so strongly he even put his name in the title of a story written by him. And I quote, "Ron Chimelis calls Armor best name for Springfield's D-League team By Ron Chimelis." You know somebody feels strongly if they mention their name several times in reference to their opinion. Aisander Duda never really liked the name The Armor, by Aisander Duda. But I digress.

It has been covered here and here that many of the folks on Ridiculous Upside were a heavy lean towards The Springfield Pioneers. Ron Chimelis on the other hand....

Founders? The sport was invented here, and this name recognizes that. But how many 10-year-olds would relate to it?

Armor shows the same high regard for local history, while also conjuring up that modern, steely-tough image younger fans like.

It has the appeal of a chameleon, offering different, pleasing visions to different types of fan. It is what you want it to be, very traditional or very hip, depending on your age and taste.

Ron also has some interesting insights into what is hip:

Sooo 20th century, also known as sooo grammatically correct and easy to understand. What bloated marketing genius is sitting in his corporate suite pondering aloud, "What do kids like these days....I've got it!!! I'll just take the 'S' off of things so that the words are awkward to use in conversation!!!"

Hit the jump for my thoughts on the Arsenal Armor

Look, I understand. If The Armor is the choice of the residents and powers that be in Springfield then so be it. They love their Armory and want the new team to reflect the demographic characteristics of the community. I guess it's just the wish of one D-League blogger to not be subjected to so-so name and mascot choices. We've already got the Mad Ants, 14ers(not really anymore), Red Claws, Energy, Bayhawks, and Jam (wait they aren't operating either, are they?). That is a lot of bizarre and ill-fitting names to contend with.

In the end, we will make due with the Armor as the new name for the Springfield team, but just remember that the Pioneers were right there for the taking. Which would you rather have?

Hmmm. Who would the kids really relate to? A badass cowboy Pioneer or some clunky chicken-legged Armor robot? Now that I think about it, both of these seem to be based on well known characters: 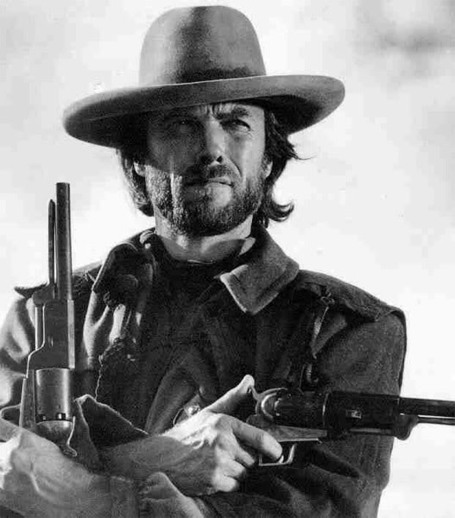 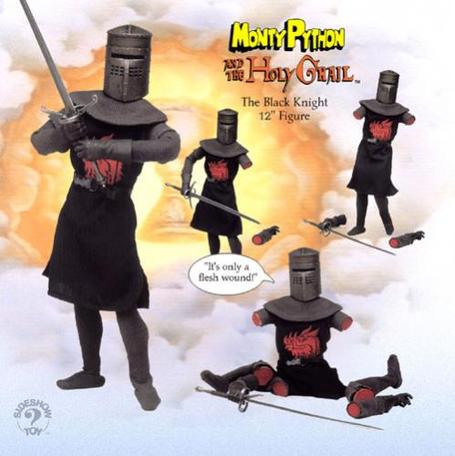 So there you go Springfield, you had the choice between Clint Eastwood and the limbless Black Knight and you went with The Armor. I hope you'll be able to live with that choice. But if you do have any regrets, just remember, Ron Chimelis loves him some Armor.