One of the reasons I adore the NBA Developmental League so much is that both the central office and the team organizations get extremely excited about the product they produce.  So much so that they have press conferences and send out releases that are usually superfluous and occasionally hilarious.  For example, how can you not find the over-hyping of Sun Yue last season at least somewhat unintentionally hilarious?  Sun Yue is a comedy goldmine.

As part of the consistent strain of pressers that the D-League releases, there are those comedy gems that truly stick out.  So far, the two biggest culprits of this hilariousity during the offseason have been the new kids on the block: The Maine Red Claws and the Springfield Armor.  Our journey through the maze of inconceivably funny PR moves began with this video some months ago and culminated in the Red Claws jersey unveiling yesterday afternoon.

So what if my ancestors were not born in Maine, I have an allergy to shellfish, and shop at the Home Depot for my wood?  Does this mean Red Claws basketball isn't for me?  Maybe not.  Because I also love driving on Route 1, blast!   Well at least we know that the Red Claws organization is raring to go, but how about the locals?  Are they ready for some basketball?  The answer: YES (check out the dude at 2:17). 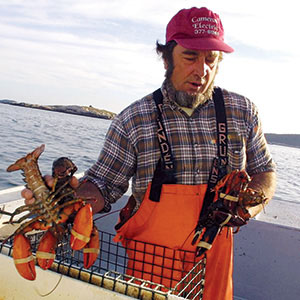 Another Portland resident preparing for the upcoming Red Claws season 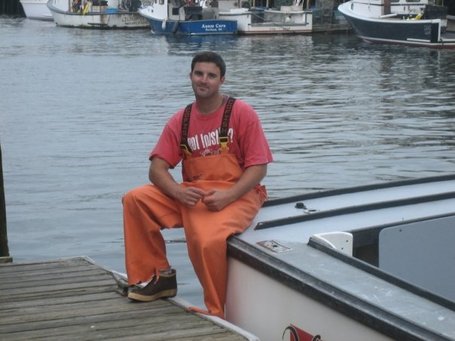 My imaginary conversation with this Mainer:

Aisander: Yo Mainer, nice onesie, how do you feel about the Red Claws?

Mainer: Ohh, wicked excited, I mean I love lobster and everything stereotypically associate with being working class and living in the Northeast.  By the way, have you seen my Kiln?  I'm trying to cure some wood.

Aisander: That's good.  And no I haven't.  What else are you excited about?

Mainer: Well they put a new sign outside the Red Claws arena, that's hella exciting.  I heard they even held a press conference and everything.  Lobsterroll, chainsaw, maple syrup, moose, stereotypes. 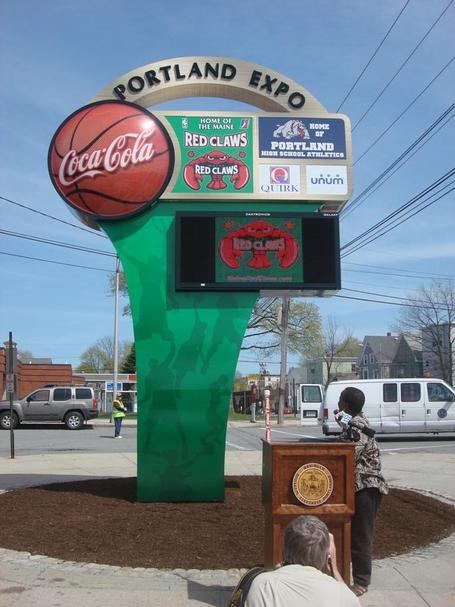 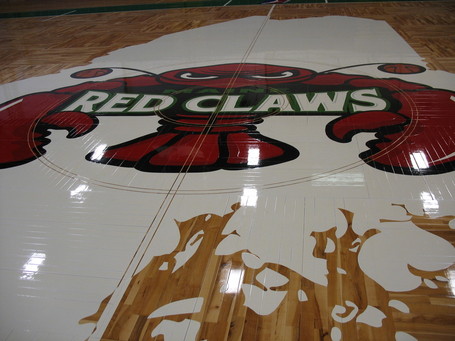 Yep, a sign and new flooring.  Let me know when they have the parade for the Eames coffee table.

Yes this actually happened.  A press conference for a new video board and sign.  Trust me, I am as impressed as you are.  But this isn't the only awesome presser the Red Claws released, there was also the "We've got a new Parquet floor" release, with accompanying pictures.  These Portland Maine folk get really excited about their furnishings.  Can you imagine if I held a press conference because I got a new rug from Ikea, which I did by the way, it's awesome.

These things are goofy, but yesterday the Maine Red Claws unleashed the mother load of ridiculous ideas.  In keeping with the new franchise's efforts to play up local stereotypes, the organization unveiled their new jersey's on the back of a lobster boat.  Two young gentlemen, clad in the Red Claws gear, were driven into the marina, told to stand there and pose in the back of the boat, and then ceremoniously marched around for photo ops.  I gotta be honest, I could not have come up with a better premise than this.  My only other idea for the jersey unveiling was to catch a giant, human-sized lobster.  Boil it.  Dip it in butter.  Put the Maine Red Claws jersey on it and then have a entire town consume the beast.  That would be epic.  But very expensive.  I guess this was a good second choice.

Here's a pictorial outlining the event: 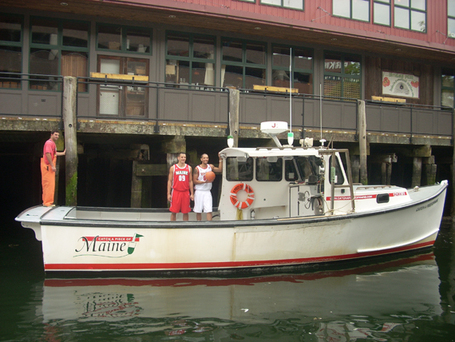 YAAHHHH There they are, they're coming! 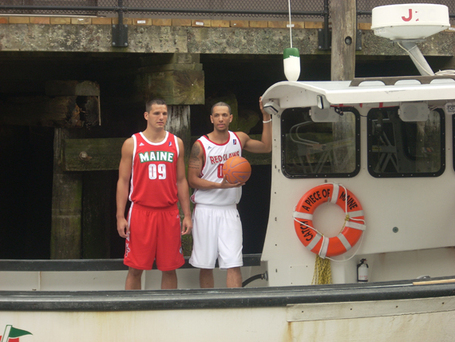 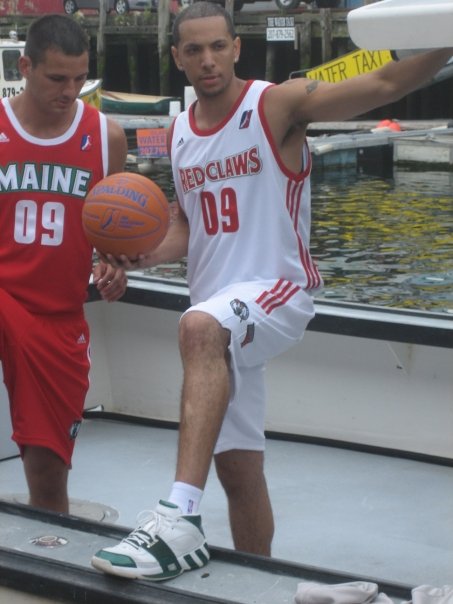 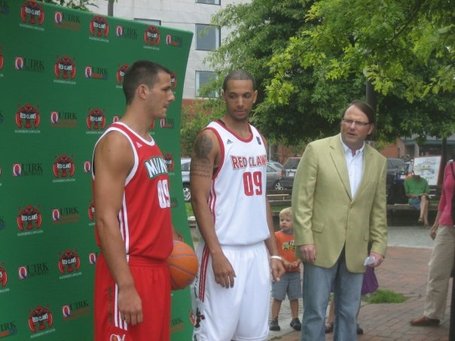 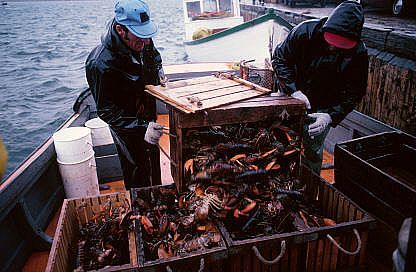