There really isn't a lot going on right now in terms of breaking news regarding any basketball being played stateside. It's my mission to deliver the news, though, so this morning that will include my Monday morning musings on the D-League, Great Britain and ... swag (in case the title didn't make that clear).

Moody, a standout in Division 2 basketball the past few seasons at University of Mary, is quick, a good point guard, popular with little kids and seems to only lose basketball games when I'm on his team during our daily runs at the local YMCA. If Moody's resume doesn't impress any of the other D-League teams, I would expect the Dakota Wizards to draft him this fall. I won't guarantee he'll make the team, but he should at least get an opportunity.

In other interesting D-League news, I wrote (emailed?) a small piece for Pro Basketball Talk regarding the state of the D-League so y'all might as well read it.

Sticking with the D-League theme, I caught a friendly game between Great Britain and China on my computer Saturday afternoon. Great Britain is of interest to me considering their coaching staff consists of former Rio Grande Valley Vipers head coach Chris Finch along with assistants Nick Nurse of the Iowa Energy and Paul Mokeski, an assistant with the Vipers last season that could find himself as a head coach somewhere around the league this season.

The British National Team won the game 64-56 in part due to Joel Freeland waking up toward the end of the game to score 12 of his 18 points, but there were a few players of interest on the Chinese team as well. Among them? Yi Jianlian, Wang ZhiZhi and Sun Yue. Yes, the same Sun Yue that Ridiculous Upside wrote about once a day while he was on assignment to the Los Angeles D-Fenders a few seasons ago. Sun only scored 11 points, but they were all as glorious as you would assume.

Last, but not least, we're on to the topic of swag. Friend of the blog Rod Benson, better known as a basketball player that has starred in the D-League as well as Korea (where he's playing again this season), released a sneak peek of the next rendition in his clothing line over the weekend. The shirt below will be put into my rotation as soon as it's available. 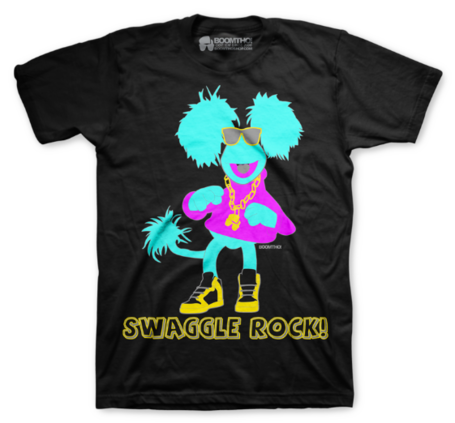