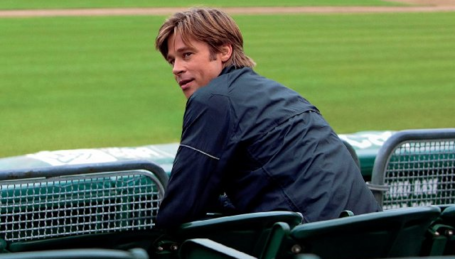 "Moneyball" has changed the way sports stats are talked about at the bar and around the water cooler. It’s no longer enough to talk about the pedestrian stats and figures such as points per game. Now we need to know Ricky Rubio’s field goal percentage when attacking the rim (52.2%) or that LeBron James is sixth in the league in post-up field goal percentage.

The bottom line is that we want – no, need -- to know more about the game of basketball and numbers behind it (thanks to the Twitter feed of Sebastian Pruiti for the above statistics).

So what about those of us who are die-hard fans of the NBA D-League? Where do we go for our stat fixes? This year Sam Farber has published a number of articles on the NBA D-League website. He’s doing some great analytical work and has touched on topics that include: advanced basketball statistics, rebounding, free-throw shooting, pacing, ball control and 3-point shooting. As a Fort Wayne Mad Ant fan, I especially enjoyed his article about the recent call-up of Walker Russell Jr. to the Detroit Pistons.

The math he used in the article demonstrated Russell’s contribution to the Mad Ants and his impact on the players around him. It was intriguing not only for Mad Ant fans, but to those who enjoy D-League basketball and digging into the muddy world of statistics.

Aside from the NBA D-League website’s basic stat page, however, there isn’t a source online where fans can go to get the raw data needed to analyze player and team performance. It’s possible to go to Hoopdata.com and see that Walker Russell Jr. is now 15th in the NBA in terms of assist rate, but if you want to know where he ranked in the D-League before his call-up, it simply isn’t possible to find it online.

For those of us who have read Dean Oliver’s treatise on Basketball statistics (Basketball on Paper: Rules and Tools for Performance Analysis) or who are readers of The Association for Professional Basketball Research’s many articles and discussions on how to analyze various aspects of team and individual basketball performance we simply do not have the raw statistics available to take our NBA D-League analysis to the next level. But there’s hope:

When asked via Twitter if detailed league stats would be released for "general consumption," NBA D-League President, Dan Reed, did say yes and to stay tuned. This is an important step to take as it expands the conversation that the fans and media can have about the NBA D-League. The expanded conversation will include deeper discussions about prospects within the league that are close to getting a call-up.

Advanced stats may also help uncover players who have not received much attention thus far, but who are capable of filling in as a role player on a NBA roster. This move will also open the door to making clear comparisons to the NBA and give a clearer measure of the current talent in the D-League.

Finally, fans of the league will have more ammunition to throw around as they talk about their teams and favorite players. While the D-League does not enjoy the popularity of the NBA, there are thousands of fans who attend the games and follow their local teams. Giving the fans more information about the players and insights into their play adds a new dimension to the game they are watching.

All of the above means that the NBA D-League is getting more eyeballs and attention. This can only lead to good things for everyone involved. With the season only half over, there is still plenty of time to dig into the data once the D-League releases it. Let's hope that happens soon...