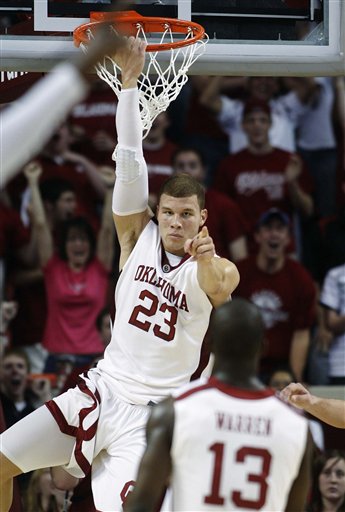 From Clips Nation Blake Griffin is a complete no brainer in this draft. He is a rare combination of size, athleticism and work ethic. He was far and away the best player in the NCAA last season, averaging 14.4 rebounds and 22.7 points per game on 65.4% (!) shooting - and by all indications he's also a great kid. After grabbing a complete gem in last year's draft, getting Eric Gordon with the 7th pick, the Clippers will have two 20 year olds with all star potential to build around. And they've got plenty of other talent on the roster now, and some decent trade assets as well. Griffin would have helped any team immensely in this draft, but for the Clippers winning the lottery is the difference between a roster loaded with problems and a roster loaded with potential.

On the clock, picking for the Memphis Grizzlies - 3 Shades of Blue.