Share All sharing options for: The New Bakersfield Jam! Now With More Elitism?

Yes! They're back in business....but in the business of what exactly?

Earlier this spring, in the wake of disappointing news about the Bakersfield Jam closing up shop, the D-League, RU, and Jam fans bid their tearful farewells to the franchise. Swish danced for the last time and even the Jam dancers danced for the last time. We all thought our wonderful ride with the team who's name, mascot, and overall theme was the most confusing thing this side of the Mad Ants, was over.

And then....came inklings of a rebirth. "The phoenix shall rise again!" Came the cries from the rooftops. But THIS is not what we expected.

The Jam have unvieled a new business model under which they'll remain open this coming season. The exact model you ask? Rich people only.

Jam owners Stan Ellis and David Higdon further unveiled Friday their revamped business model for the franchise, and it includes $40,000-a-year suites for 12, a cigar room, an open bar and dinner served to all 550 guests at the Jam Center.

Are you impressed yet? Yeah, me neither. Hit the Jump for my thoughts.

Take a deep breath reader, because I have a story to ease you into this new arrangement. I had this one friend when I was in high school. He was a nice guy, generally pretty laid back. But then one summer he went away to stay with his cousins in New Jersey, and came back a slick, fasting talking, tough guy. He totally changed over the course of three months. He wore copious amounts of hair gel and listened to gangsta rap. His old hobbies fell by the wayside. Instead, he chose to spend the majority of his time creepily hitting on girls at the mall. Eventually, despite the pleas of his friends, no one could take anymore of his crap and avoided him completely. It was sad.

I can't say the Jam are doing the exact same thing as my friend with their new business model, but let's be honest here. Pricing out the average fan is not the best way to win over a community and "remain open." Sure the operation can function with a new business model like this, but at what cost? Aren't the point of sports organizations and teams to provide entertainment and excitement to the Everyman? And now the Jam are basically saying to these common folk, "Let them eat cake." Sure, cake is delicious, but it doesn't make up for the lack of affordable tickets, but I digress. 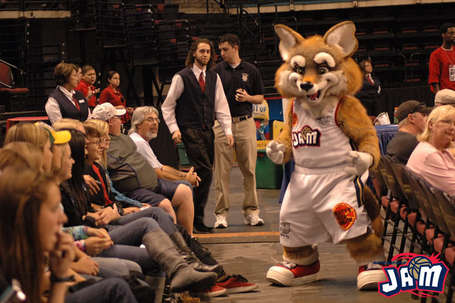 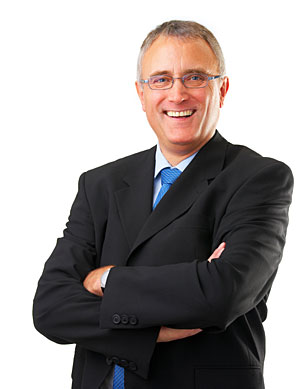 Next season the Jam players can expect to see less of the folks on the left and more of the douchebag on the right.

Polo is the sport of the elite, tennis clubs are the playgrounds of the wealthy, and at this rate the D-league will be the corporate conference room of the 21st century. No thanks Bakersfield. But wait Aisander, you might say, just check out all the lush amenities:

All season tickets include parking, catered dinner served before the game, access to an open bar on the arena's planned third level and access to the cigar room on the second level. Suite holders also receive four tickets per season to an NFL game, L.A. Lakers, L.A. Clippers and San Francisco Giants game, a round of golf at Riveria Country Club in Pacific Palisades, membership at the team's fitness center, concierge service and various other benefits that the Jam hopes will justify the high price, both on game day and between games.

To quote Jon L via our email correspondence: As much as I am a fan of open bars, they might as well call this "where the elite meet to drink and ignore the basketball game."

But to be fair, I can understand where majority owner Stan Ellis is coming from with this. He has been reportedly losing in upwards of $1 million a year, and no one likes to hemmorage money like they are the Memphis Grizzlies. Ellis also made it clear that he intends to try to appeal to the public as much as possible within the "Elite Corporate Gentleman's Club" business model:

The team also will play two Saturday games at Rabobank Arena, where tickets will be much more affordable. If the team becomes and stays popular, Ellis said, the franchise might eventually move back to the bigger venue.

"We do want to serve the public to some extent," Ellis said. "The first objective, it's sad to say, but we've got to make profit. We make profit, guess what? Then the after-school program, all that other stuff, that takes care of itself.

"(I know) the flak I'll take for making this elitist. I don't want to do that. That's not the goal. The goal is to make it profitable but let everybody enjoy it."

Ahhh I see where you are coming from Stanny boy. I really do. It stinks hard that the de facto business model in the D-League essentially loses money on a yearly basis, but I don't think chasing off whatever loyal fanbase you have will make things better in the long haul. Sure you'll make a profit over the next couple years, but if anything it's going to be really hard to convince the little people to come back after you flip them the financial bird this season. And then where do you go? You operate a minor league sports team as a package deal with the local corporate office space? That sounds fun.

And just remember, Ellis is the same guy who was quote as saying "Everyone knows in this business it’s not a money maker. You hope to break even." AND "The reason I basically shut the team down was the NBA gave us a poor business model to reach out the community. [This] model is broken."

Once again I see his point, it sucks not making money and paying out of pocket to operate, but perhaps if the community support is not there then you should relocate? Or if you're tired of blowing money, then sell the franchise? Or you could try to avoid spending $2 million dollars on a practice facility?

In the end, Ellis and Co. took the "broken model" and fixed it so that they could stop the outward flow of cash. But in the process they've created a zombie franchise. I'm betting you could hear a pin drop at those Jam games next year, with the only thing breaking the silence being the four guys in double breasted suits sitting at a table in the cigar room with an open bottle of scotch.

My prediction for the new Jam business model: