Share All sharing options for: The Canton Charge Is What The Cleveland Cavaliers Chose To Name Their NBA D-League Team

Yep, the Canton Charge is the name of the newest team in the NBA Development League. Following a long line of tradition that began with names like the Sioux Falls Skyforce and evolved into the Fort Wayne Mad Ants and Texas Legends, the Cleveland Cavaliers have decided to name their D-League team after an offensive foul call.

Actually, according to the press release posted on the team's website, the Cavs named their D-League team the "Charge" to reflect the attitude of the Canton, Ohio, community.

"We're very excited about this and we think Charge is not only a great name for the team, but it can also help reflect an attitude and mindset for our entire community. Canton is charging ahead in multiple ways, and we're working hard to make our future better and better," Canton Mayor William J. Healy II said in the release. 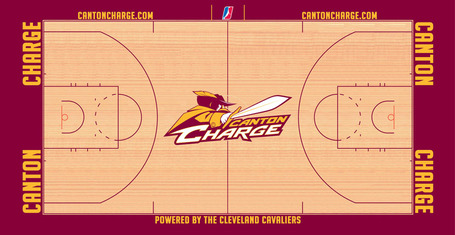 For what it's worth, the court the team will play on at the Canton Memorial Civic Center actually looks nice and it's easy to tell that the team is affiliated with the Cavs. Still, I think I have to agree with Terry Vandrovec that naming a team Charge is kind of silly -- unless of course it was an homage to friend of the blog Brian Cardinal, that is:

If that's the case, new D-League franchise, Charge away I say!