Knicks Have Two Spots? We're Here for YOU!

Share All sharing options for: Knicks Have Two Spots? We're Here for YOU! 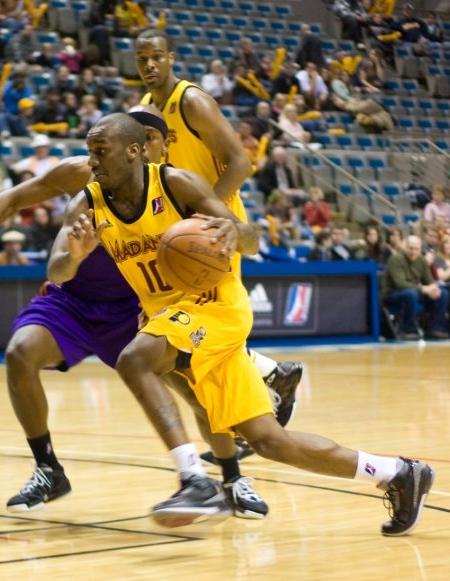 Doing my usual perusal of all things D-League, I saw a post from the SB Nation Knicks blog, Posting & Toasting, who wrote:

- The deals open up two roster spots, which could mean a quick raid of the D-League. Patrick Mini-Ewing, anybody?

Next, I look over to Newsday and see:

The three-for-one deal opened two roster spots, which Walsh said the Knicks likely will fill with players out of the D-League (Will Conroy, Blake Ahearn or Patrick Ewing Jr.) or off the NBA waiver wire (Quincy Douby).

Well, these names are better, I suppose.  If I'm the Knicks however, I don't put Patrick Ewing Jr. in the mix at all.  I mean, he's coming off the bench in the D-League.  Who would I look to, you ask?
The best player in the D-League right now is Pops Mensah-Bonsu. Although Bakersfield stymied him last night, holding him to just 22 points and 11 boards (both below his season averages of 25 and 12), he still did work. You can read more about Pops here.
If you're looking at a point guard, which makes sense with Anthony Roberson gone, Conroy and Ahearn are both good choices, but since Walker Russell Jr. got a tryout last season, I wouldn't be surprised to see him get another chance to show what he can do.  After all, now that he's actually proven he can do something, why wouldn't you?
Russell got a shot with the Knicks at the beginning of the 2007 season after averaging 5.6 points and 3.6 assists in the D-League.  That's not good.  This season he's averaging 16 points, 11 assists, and four rebounds per game.  Plus, he's got the Patrick Ewing Jr. family connections.  He's the nephew of Campy Russell and his dad is a scout for the Knicks.
So, Donnie Walsh, do the right thing.