Let's Pretend I'm VP of B-Ball Ops For The Nuggets

Share All sharing options for: Let's Pretend I'm VP of B-Ball Ops For The Nuggets 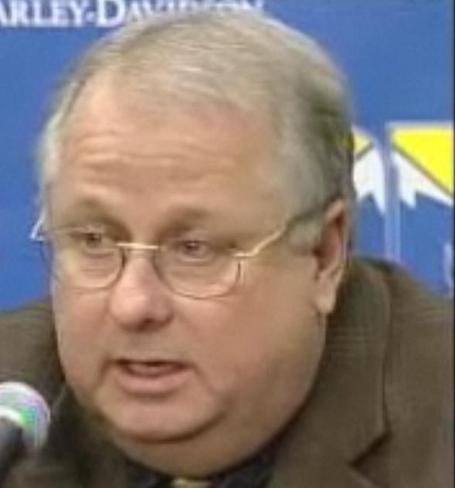 According to a story on the Examiner yesterday, Mark Warkentein, VP of Basketball Operations for the Nuggets (pictured above, said he "heading down to Fort Wayne to scout D-League players. There are a few tickets available if anyone wants to join me."

Now, I'm not sure how there were a few tickets available, as Garrett Martz and crew are extraordinary sellers, and are led by Jeff Potter, the Nightmare Ants Boss (who went no tie tonight, (apparently an inside joke?)).  Regardless, Warkenstein was apparently at the Mad Ants-Wizards game last night.  I watched it, on futurecast, and if I was Mark Warkenstein, these would be my notes, in no particular order.  However, I didn't take notes, so these are texts I sent to various people. (Don't even let me know how sick I am for texting people about a 107-88 point D-League game!)

Since it went pretty long, you're going to have to continue on.  Trust me, reading my texts from this game will be the most exciting part of your morning. If not, leave a comment and I'll do my best to answer any pressing questions related to the D-League for wasting your time..

The top four players most likely to be called up (Chris Hunter and Walker Russell Jr for Fort Wayne and Rich Hendrix and Blake Ahearn for Dakota) did not play well at all.  Russell didn't play, Hunter had just two boards, Ahearn missed five 3's, and Hendrix had a pedestrian 12 points, seven boards.
The Wizards outrebounded the Mad Ants by 24 and shot 10% better than them.  That's dirty.