Share All sharing options for: Not Your Mom's Player Profiles: Solomon Alabi

Hate to break up the mock draft love fest in which I comment on every post, but we got some more NYMPP's to get to, and get to them we shall. But first, a plug for myself. If you haven't read the previous profiles, Czech them out here.

Apparently I haven't done as many as I thought. Although there was the mysterious Stanley Robinson profile that has since disappeared into the abyss. If you read that, I'm sorry, and if you didn't read that, I'm equally sorry.

Anyway let's get to some 7'1 projects from Nigeria. Ooh! I know one!

Sinbad Memorial Skill Set: He's typically thought of as your standard, run of the mill big guy with a 7'5" wingspan -- everybody has one of those in their hood, right? (What up, Clyde?) He's got tremendous shot-blocking instincts, tallying at least one block in every game but 2 this season. He can get off the ground quickly, which, combined with his long arms, helps his weak side and face-up defense. Solly has a developing mid-range game elbow to elbow that he can go to, not quite consistently, but it's enough of a threat that it vastly improves his post game and makes him more dangerous. The comparisons to Samuel Dalembert are obvious and come to mind especially quick in light of the recent events. I'd be remiss not to mention his incredible improvement from the foul line each year. 55.6-68-79.4 from Frosh to Junior years. Impressive for anyone, let alone a giant.

UPSIDE: Like all big men with athleticism, the upside is huge. Or you could say ridiculous. But I'm gonna stick with huge for copyright reasons. As his basketball IQ continues to grow like a loogy in your throat, he'll become more comfortable going from low block to low block, demanding the ball, and playing under control when he has it. This is something Dalembert never quite put together, but Alabi's improvements over the past 3 years have been encouraging enough where this seems very possible. The most important thing for him is to not be a black hole on offense. Get the ball out of his hands quickly, set screens, roll to the basket, and finish -- those are things he is capable of right now to make things easier on his teammates and get quality minutes at the pro level.

Feelings of Former School: I exchanged a few e-mails with chief True Cubbie over at SB Nation's Florida State Seminoles blog, Tomahawk Nation and while he sent me a Stephen King novel, I cut it down a bit per your perusal:

Solomon is your typical athletically gifted, raw seven foot center. His defensive skills are far ahead of his offensive ability. Additionally, he needs to get stronger, which is no easy feat for a seven footer. (Think back to your high school physics class. He has a huge distance to move a given amount of weight, making it difficult to easily put on lean muscle mass).  Solomon only started playing organized basketball during his junior year of high school, which is when he first arrived in the United States. He also received a medical redshirt his freshman year. Adding all of that up results in a relatively 'inexperienced' player' who appears to have a poor basketball IQ. But, it isn't the case that Solomon doesn't understand what he needs to do or where he should be on the court, he tends to over think things, which ultimately frustrates him when his plan isn't successful.

If you watch him play, you will see that he needs to have better footwork and confidence when he is getting established on the low post. He was very prone at trying to take too many dribbles at the beginning of the year. However, as the year went on he stopped doing that. Alabi has the athletic ability and potential to develop into a difference maker in the NBA. If he can develop the lower body strength, he'll get regular minutes. But, it is hard to see him trying to post up against a Shaq or Howard. In summary,  given his relatively short basketball career, it is not surprising that his offensive skills lag behind his defense ability. Though, he showed signs of significant improvement this year and could turn into a complete player. Basically, he's a project who has outstanding character and work ethic who will be a nice addition to any team.

Looks: I've been trying to figure out who he looks like for the greater part of my lifetime, and haven't gotten there yet. One day. In the meantime, here's some pictures of Solomon snapping necks, making faces at Tyler Hansbrough, and doing the cupid shuffle.  Also, based on this interview with Dgenerationaft Express, he seems to be a really good kid. 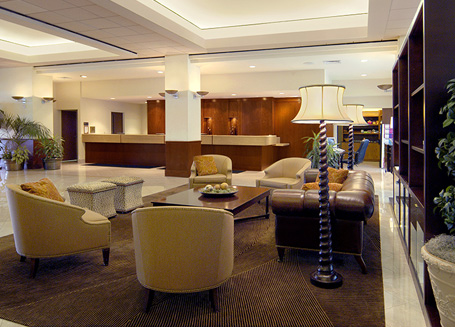 It's a lobby guys. A lobby.

I'll try to put together one or two more before next Thursday, but you know how much I love letting people down, so we'll see. Until then, happy mocking!