From the FanPosts. I'm either amazed or amused. You wanted funny Joel - here it is. -- Scott

In case you haven't been paying attention recently, the D-league has added two new teams to their roster: The Maine Red Claws and (presumably) The Springfield Peach Baskets.  In honor of these new clubs I have been hard at work envisioning the glorious mascots that would accompany such wonderful team names. 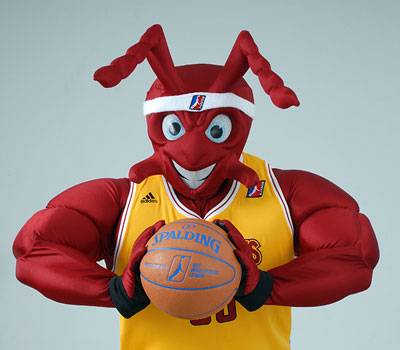 With such previous genius as the Fort Wayne Mad Ant, I knew that I was in for a serious challenge.  But after a few Red Bulls, the ole brain got rolling... and with much deliberation and debate, I think I have the perfect solution to these clubs' PR problems.  Without further interruption I present: The New D-league Expansion Team Mascots!!!

After the jump, for your consideration: "Peachy Pete" and "Pinchy Paul"

UPDATE: Due to some fan feedback "Peachy Pete" has been given both feet and a mustache.  "NBA D-league, where peach baskets with legs happen." 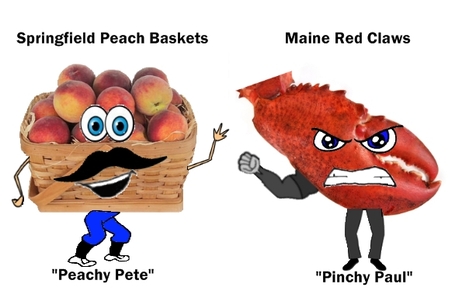 I, of course, own the copyrights to these, as well as a collection of Sun Yue watercolors, which I have done in the style of Bob Ross.

Hope you D-league lovers enjoy my previews, they should be coming to an arena near you soon!!

What do you think of the new D-league Mascots?