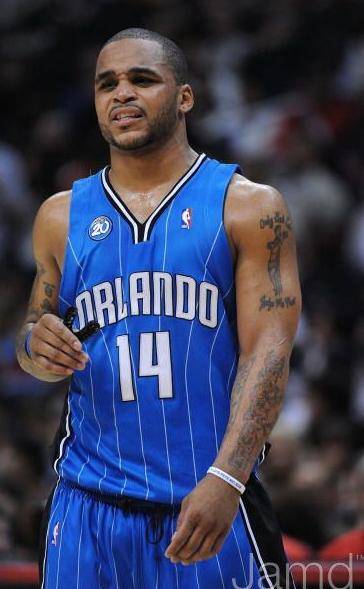 Well, NBA, it looks like there might be a possibility of looking to the D-League for an eighth time this season.  Jameer Nelson has a torn labrum, and my source of any Magic news, Third Quarter Collapse, says he will likely miss the rest of the season.  Though it looks like TQC would like to find a replacement via trade, I'm going to offer a different option (with the requesting of JE Skeets.. Yes, that JE Skeets... Big TIME!) with even more upside than trading for a guy like Earl Watson or Kyle Lowry (ugh!) -- Let's check what the hungrier D-League has to offer! 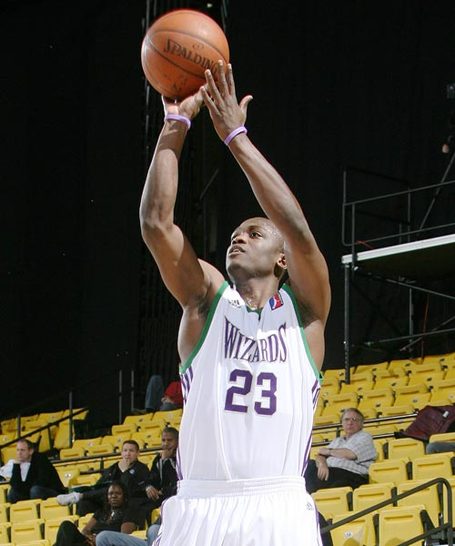 My first choice is going to be the player I think would mesh the best with the Magic, D-League All-Star Maurice Baker of the Dakota Wizards.  He's a heady veteran whose won championships, can run the pick and roll, and knows what he's doing out on the court.  Mo has the intangibles, he's been called-up a couple of times before, and he's the best in the D-League at getting to the basket and creating for his teammates.  Last night, he had an off-night, making just four of his 12 shot attempts, but made up for it with eight assists and 12 rebounds, including two big offensive boards toward the end of the fourth quarter to keep a big possession alive.  This season, Baker is averaging 17 points, seven rebounds, and five assists.

My next choice would probably be Dontell Jefferson, a former teammate of Baker in Dakota and a huge snub for the D-League All-Star Game.  Jefferson is still young, as he came out of Arkansas in 2006, but had two years to mentor under Baker and this year, after going to camp with the Clippers, he's really blossomed with the Utah Flash.  Jefferson has great size at the point guard position, being 6'5", and is quickly developing good court vision along with being able to put the ball in the basket.  The biggest positive with Dontell, however, might be his hard-nosed defense.  On the season, Jefferson is averaging 18.5 points, 5.7 assists, and five rebounds per game.

If you're looking for scoring, Orlando faithful, look no further than Will Conroy.  Though he's averaging over four turnovers per game, you won't find many other flaws in his game.  Conroy is leading the league in scoring with almost 26 points per game, to go along with eight assists and 4.5 rebounds per game.  Conroy's developed a pretty good shooting touch (still could use some work) though, which is good, as he's on the court for about 45 minutes per game and shooting quite a bit during that time.  If he's able to cut down on the poor decisions while in the half court set (he's GREAT in transistion), he should be in a Magic uniform ASAP.

On the other hand, if you just want someone to get the ball to your playmakers, Walker Russell, Jr., is probably going to be your man.  Russell is an excellent playmaker and may have the highest basketball IQ in the D-League.  He's a floor general that runs the pick-and-roll, but doesn't have too much else going for him, as he's neither a great shooter or defender.  Somehow, however, he's still able to average 17.5 points with the Fort Wayne Mad Ants.  I'm not quite sure how, but I have a sneaking suspicion it has to do with not too much else going for his team (Chris Hunter and Ron Howard are good, but the rest, suspect).  Oh, also, he's leading the league with 11.8 assists per game!

My fifth option for you, Orlando, is going to be Blake Ahearn.  While he's not your prototypical point guard -- 6'2" of awkwardness from Missouri State who has played at the 2 most of his career -- Ahearn can flat out play basketball.  He earned a call-up from the Miami Heat last season, was the final cut of the Minnesota Timberwolves this season, and has got to be on his way to another call-up this season.  Downside on him is that he's pretty limited defensively (drive at him and he'll foul you) and has been turnover prone while transitioning to the point guard spot (at least five turnovers in eight of his 25 games this season).  Upside on him is his RIDICULOUS shooting (46% from behind the arc, and he shoots it quite a bit; 94% from the free-throw line) and he's a quick learner, getting better every game since he entered the D-League as fourth round pick last season with the Wizards, sitting on the bench behind Baker and Jefferson.

However, if you don't like these options, I implore you to still go D-League, as there are other options out there, including NBA-vet's Eddie Gill (16 points, 8.5 assists, 39% from the field) and Keith McLeod (14 points, five assists, lots of NBA experience) or Curtis Stinson, who's getting no love this season, despite averaging a RIDICULOUS 13 points, eight rebounds, and seven assists (He's had help though, as teammates include recent call-ups Anthony Tolliver, Courtney Sims, and Cartier Martin, along with Othyus Jeffers, who should soon be called-up).