Share All sharing options for: 2009 Orlando Magic Summer League Roster - Breaking it Down! 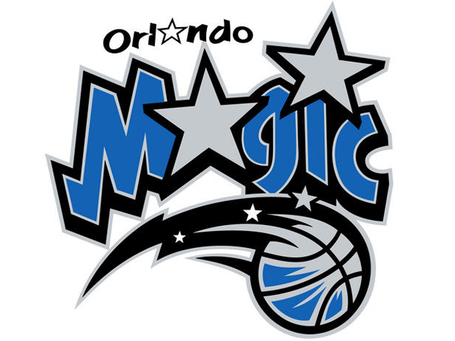 It's true, you're a bit behind the times by calling the NBA Development League the NBDL, but I guess I can't really blame you for not typing the extra letter - since it would have had to have been typed an extra TEN times. Yes, D-League fans, Orlando is aware of the D-League, inviting 10 players that have played in the D-League the past two seasons. That's a lot, Otis, and I appreciate you making it up to me after you ignored the D-League all season, despite the Jameer Nelson injury. I mean, seriously, isn't Russell Robinson at least as good as Tyronn Lue, who you actually had to trade something for?

Welp, we'll find out, because you invited him!

Once again, I'll break everyone down that isn't guaranteed a spot, but that's only Ryan Anderson in this case. After the jump (Jump!), I break down the other 49 Summer League invites Orlando is bringing in (minus Jeremy Richardson and Mo Ager, because you should know what they can/can't bring to the lineup by now)! Good thing is, a few of the guys probably have a chance, as the Magic only have eight players currently under contract for next season.

Jeremy Pargo - I'm going to handicap him as the early favorite for Orlando Magic third string point guard. Playing behind Anthony Johnson, I'm assuming, has been his lifelong dream, and as usual, I'm here to make people happy. Unfortunately, my counterpart from 3QC, Ben Q. Rock, isn't so sure he wants dreams filled, as he had this to say before the draft: One of the reasons the Magic drafted Courtney Lee last year was his poise, his maturity, his ability to immediately compete and contribute at the NBA level. Pargo apparently lacks that attribute, which makes him the least attractive of any player we've discussed here. Still, his speed and playmaking skills would make him a welcome addition to the Magic's bench for the next year or two while he learns the ropes.

Russell Robinson - Robinson can D up and handle the rock, usually making smart decisions. Aside from that, don't expect a ton. Robinson seemed like he had pretty much reached his ceiling coming out of Kansas last season and appeared destined to hang out overseas for the next however many years. Instead, he decided to ply his trade in the D-League for the biggest little city in the world, the Reno Bighorns. With Reno, he really improved on offense, especially in March when pushing the Bighorns toward the playoffs (17.8 points, 5.7 assists, 48% FG% - all season highs). I don't think Robinson is far away from the NBA, but in the same regard, I don't think he's the best fit for Orlando, simply because Pargo has more upside. Robinson is good, but his shot will never be fixed (it's fatally wounded) and Otis Smith hates the D-League point guards. It's been proved.

Levance Fields - I'm not sure why Orlando decided they wanted to bring in a whole bunch of short point guards since that's what they currently employ, but whatevz, I'm cool with it. Fields, for what it's worth, was one of my favorite players in college. He can shoot, but only in spurts. When those spurts happen, watch out, because it takes him awhile to realize he went cold. The best way to describe Fields body, I guess, is stocky. Apparently there is something in the water that makes everyone a bit chubby up there. As with Robinson, Fields best asset is that he takes good care of the ball, dishing out an astounding 3.8 assists per turnover last season. I'm not high on him in the NBA, but he's by no means a bad player.

Brian Chase - I'm really not sure how Brian Chase keeps himself semi-relevant. As far as I've ever been able to tell, he's a 5'10 2-guard with limited defensive abilities. Sure, he can be a scorer off the bench, but he just doesn't seem to really be able to facilitate an offense, something the other Summer League invites are fully capable of. Maybe Chase has gotten better, as I know he was working on being more than a 5'10" 3-point shooter extraordinaire, but looking at his numbers in Europe, it still seems he's a score first, do everything else last sort of player. In four games of Eurocup action last season, he averaged 3.8 turnovers and 1.3 assists. I don't know, maybe that's what the Magic are looking at bringning in. Or maybe Otis was a big Roanoke Dazzle fan.

Courtney Fells - I'm really not all that familiar with Fells, so I'm going to go out on a limb and say that the Magic were really just looking for another Courtney to replace Lee. Maybe Dwight Howard likes playing with Courtney's, who knows. Anyway, since I'm not all that familiar with Lee, I hopped in the DraftExpress Research Machine to regurgitate what I could find over there. Among the highlights: His ceiling is a Keith Bogans type... He can shoot the long ball, but can't get himself open... He was streaky in Portsmouth... He's not a great athlete, passer, or rebounder... He could be a decent defender, but won't impress you.

Kasib Powell - Kasib blogs on RU, so I probably won't look all that unbiased when I type this, but he's good. When healthy, he's got the talent of a rotational NBA player. He plays with heart, he can score, he can play defense, and he has a good attitude. Does he have any remarkable talents? Not necessarily, but he's an all-around talent. He was the D-League MVP two seasons ago before being called up in the great "Miami Heat Show They Know What A D-League Is" after losing nearly all of their players to injury/Michael Beasley tanking. Essentially, Powell isn't much of an upside guy (he's 28), but if the Magic are looking for a cheap, solid backup that knows what he's doing on the court, they're not going to find much better.

Ronald Dupree - See Powell, Kasib. Except he's not my boy and has more NBA experience, but Zero D-League MVP's. And he has Twitter.

Lance Allred - I love me some Lance Allred. He's intelligent and keeps it real. I've never actually talked to Lance, but we occasionally facebook message. Just yesterday, he commented on my facebook status, telling me I'm "As American as Kenny Loggins." He also recently published an autobiography (Buy it) and started blogging. Ah, you want to know about his basketball talents? Well, they're obviously there, as he earned a call-up to the Cavs two seasons ago to some hype (due to him being a deaf polygamist white mormon or something like that). Run down of his game - good fundamentals, good range for a big man, good size, solid but won't wow on defense, and has a couple different go-to post moves in his arsenal. Basically, he's the same as Powell and Dupree, even with the 28 year's old thing, so you're getting a solid, not spectacular, player that will be able to contribute when called upon.

Richard Hendrix - Everyone I've talked to about Hendrix loves him. Therefore, I'm assuming he's a pretty known commodity and I'll make this quick. In the D-League, his contributions were rarely noticed until looking at the box score to the point of it being a mini running joke over here at Ridiculous Upside. His best asset is his rebounding and defense, though he's a bit undersized to block many shots in the post. He'll be on an NBA roster next season, but I'm not sure if it'll be full-time or if he'll have to work his way up through the D-League.

C.J. Giles - Well, Giles is a bit of an unknown. Great talent, but has never really been able to put it together. First, he committed to Kansas, then was kicked off the team due to some off court and academic issues. He then transferred to Oregon State, but wasn't really impressive there either, playing in just 10 games due to injury. His first professional season, he was traded for Earl Barron - in the D-League, but never really showed what he's supposed to be capable of, averaging 10 points, seven boards and 1.4 blocks per game. The only time I've really seen Giles show his potential was in Vegas last Summer, as he averaged over three blocks a game playing for the Raptors. Also, he has Twitter.

Darian Townes - Well, he wasn't great in the D-League last season (6.6 points, 4.1 boards), so I'm not exactly sure Orlando noticed from him. He's a big guy, but didn't play well in Europe or the D-League last season, and once again has only really shown what people thought he was capable of coming out of Arkansas was last Summer in Vegas. With Sacramento's Summer League team, Townes scored 14 points and grabbed six boards in 19 minutes. Unfortunately, the big man also fouled out. My only other thought is that the Magic and Derrick Powell, Townes' agent, are best friends. Townes and Brian Chase, the other player that doesn't seem NBA ready, are both represented by Derrick Powell.

I apologize, but I know nothing of the other two big men. I do have an email into the guys over at Draft Express, so maybe they can help us out regarding Stevan Milosevic and Milovan Rakovic. For now all I can offer is youtube videos of each. In this one, I'm guessing Milosevic is the one waving and wearing a pink shirt. In this one, Rakovic seems to look Marcin Gortat from a distance.