Share All sharing options for: Help Design an RU T-Shirt; Win A Prize?!

Yesterday the SBNation higher-ups told us that we could start our own online store with t-shirts, sweatshirts, hooded sweatshirts, other types of shirts, hats (assuming Abe Lincoln hats and cheesehead hats, but they didn't specify) and et cetera.

They'll be cheap (they negotiated a pretty good discount, apparently) and could be really awesome.

This made me think.

And then I kept thinking.

Then I said "nah, nobody likes Ridiculous Upside enough to buy a shirt."

But then I was like, I like Ridiculous Upside! I'd buy a shirt if it was really cool.

Then I remembered I don't know of any cool shirts relating to the D-League or Ridiculous Upside.

Now, I have an idea.

Whoever thinks up the coolest T-Shirt design relating to Ridiculous Upside will win:

After the jump is my favorite SBNation t-shirt designs as well as some ideas already thrown at me via Twitter! 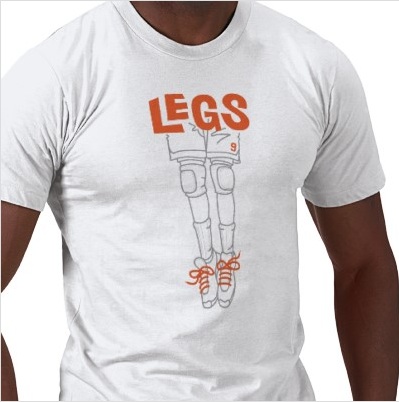