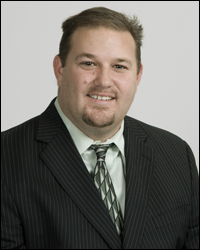 I've heard from multiple sources that Tony Fritz is the man in Sioux Falls, but Fritz himself couldn't confirm, hence the question mark.  If not, well, consider this a good background on another D-League assistant.

Fritz is a bit of an unknown to the casual fan, but he shouldn't be.  According to his bio on the Skyforce website:

Fritz was originally hired as a coaching intern when Paul Woolpert took over as head coach of the Sun Kings 32 games into the 1997-98 season. He was promoted to assistant coach the following season and remained on staff until the franchise was forced to shut down when the CBA ceased operations in February of 2001. The franchise returned for the 2002-03 season after a one-year hiatus and Fritz was hired to serve as the assistant coach for Bill Bayno. After teaching and coaching high school basketball for two seasons Fritz was reunited with Coach Woolpert in Yakima from 2005-07. He has been on the bench for four (‘00, ‘03, ‘06, ‘07) of the franchise's five CBA championships.

If you're not familiar with Woolpert, he was the head coach of Tulsa this past season and is probably best CBA coach since Phil Jackson and George Karl.  He struggled in the D-League, but with the roster he was given, P-Jax probably would have struggled as well.

Fritz then joined Nate Tibbetts in the D-League, who is the new Tulsa head coach after taking over for Woolpert last month - bit of a triangle.  Anyway, with Fritz as assistant, the Skyforce are 53-47, which doesn't stand out, but the Central Division has been the toughest division, top-to-bottom, both seasons.

Overall, Fritz seems to have paid his dues, coming up through the ranks and learning from some of the best minor league coaches around.  If he's learned anything from these guys, and I think he has, Sioux Falls shouldn't drop off much, if at all, even after losing a top young coach to Tulsa - especially since they have found another!

As an aside, this makes me wonder about Bob MacKinnon and Randy Livingston, who were rumored to be the other two candidates.  MacKinnon is the reigning D-League champion coach and is, if I'm right, 0-for-2 with head coaching jobs this offseason.  Makes me wonder.