NBA Draft 2009 Aftermath: Now Who Ends Up In The D-League?

Share All sharing options for: NBA Draft 2009 Aftermath: Now Who Ends Up In The D-League?

Here at the RU we've been pouring over the draft for awhile now; offering you, the lonely rogue internet surfer, all of the possible mock draft options you could ever want.  And clips of mid-90's professional wrestling.  And the occasional Saved By the Bell clip.  D-League bloggers are nothing if not idiosyncratic.

Well since the real deal went down last Thursday night, Scott, Jon L, and I have been pouring over the results trying to figure how it will affect the upcoming D-League season.  Which players will and won't be sent down, which D-League teams will luck out and get some newly minted NBA talent for most of their seasons, and which NBAer will get arrested for peeing in public at the D-League All-Star game this year?  Only time can tell...... I'm giddy.

But I have one important thing to clear up before we get started.  If Scott loves 90's wrestling references, and Jon L loves long, analytical posts, then count me as the D-League Blogger who loves the ridiculous.  (And not just Upside).  Here's the first taste of the types of things I'll be linking to:

Hit the Jump for my insights into future D-Leaguers

Who are we kidding, the Clippers need Griffin like Stephon Marbury needs Truck Party 2.0 (read: self-esteem boost), there is no way they let Blake out of their sights.

Because he's so raw offensively, it's possible that Memphis would send him down for a stretch, but also highly unlikely that they would love to send a #2 pick down for seasoning.

We know what he does, and frankly OKC needs the depth at SG.  Here comes chubby Paul Peirce to the rescue!

He needs to go to the D-League to learn how to actually play point guard, as opposed to what he did at Memphis, which can only be described as "ballhog-point-forward-shooting-guard."  But just because he needs some time to develop probably also means he won't get it, since he is also the answer at PG for Sactown now.

If Rubio's handlers are wary of him playing in Minnesota, I doubt the European prodigy would actually agree to being sent to Sioux Falls for some PT, not to mention he probably doesn't need it.  If anything the kid knows how to play at a high level and just needs to get in some shooting drills, for the next three years.  But as an added bonus, if Rubio does ever make it to the D-League you can expect the entire country Spain to break away from Europe and sink rapidly into the ocean from disbelief. 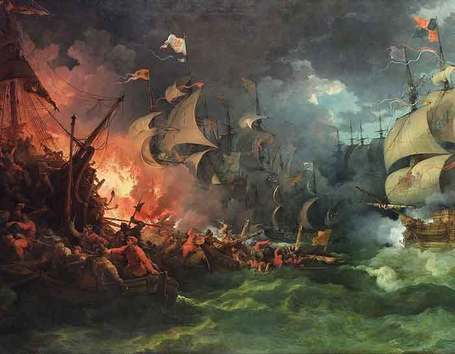 The Spanish Armada + Armageddon = Ricky Rubio playing in the D-League

Flynn's been noted to play a little out of control sometimes, and if Rubio does in fact make it to the Wolves, Flynn could see some time in the D.  At this point, it seems unlikely considering he's still a Top 10 pick.

If all the haters are proven to be true and Stephen is too weak and unathletic to start from Day 1 in the NBA, then he could see some time in Bakersfield (assuming they are still in business?).  But seeing as how he looked fantastic in both the NCAA and draft workouts I'm betting he's dropping 20/5 in Golden State from the get-go.

Just another young big guy that needs, needs, needs time to develop.  He also needs to purchase an offensive game other than put-backs and his ugly jump-hook move.  Once again the NYK need him to much to give him a lot of time in the D.  But anything's possible with D'Antoni who seems to understand basketball fairly well.

He needs to develop too.  He's a raw athlete and slasher, and again a Top 10 pick, so he won't get time.  Wouldn't it be great if they forced rookies to play in the D-League and get called up after the first month of the season?  (EDITORS NOTE: Wait, didn't I give you this idea months ago?  First rule of blogging - Utilize my genius.)   A rule like that could have avoided Kobe embarrassing DeRozan every time they play for the next 2 years.  Oh well.  Coincidentally, DeRozan belongs on the "Looks-like-the-mascot-of-his-team" All-Stars (EDITORS NOTE: Who else is on this team?) 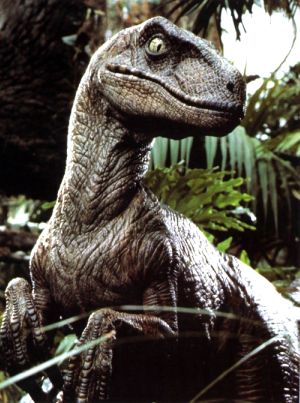 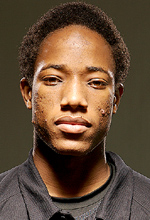 He should have come to the D-League right out of High School and saved himself the trouble of messing with Sonny "Evil is my middle name" Vacarro.  Alas Jennings didn't, instead choosing Europe, and looks like he may end up in the D-League after all.

Williams is considered somewhat of a finished product by comparison to Jennings and DeRozen.   So, while he may have an opportunity to play a little in the D-league, the Nets would probably rather keep all their young pieces together to develop as a team.

See Terrance Williams.  The ‘Cats are also a young team looking to gel.  Henderson should be able to play a lot on a team with little SG depth.

Right, he was a finished product in the 10th grade.  Maybe the Pacers mistake his suckiness for "needing to develop", but I strongly doubt it.  (Full Disclosure: I hate him)

Earl is pretty raw, he seemed lost on the floor at Louisville on occasion, I'd bet he could use some seasoning and chance to get his game in order.  But considering the massive makeover the Suns are undergoing right now it's hard to know if his position on the floor will be flush (Amare) or vacant (No Amare).

He's uber-skinny, and uber-talented (choking noise).  Sorry puked a little.  I still think he's going to be terrible regardless of weight and experience.  He'll get bullied in the D-league almost as much as in the NBA.  As a side note, Austin Daye is terrible.  Did I mention his awfulness and possible-bust-ness?  Yeah he got picked 15th. 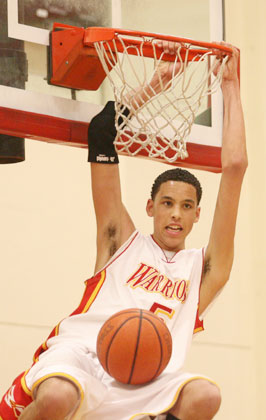 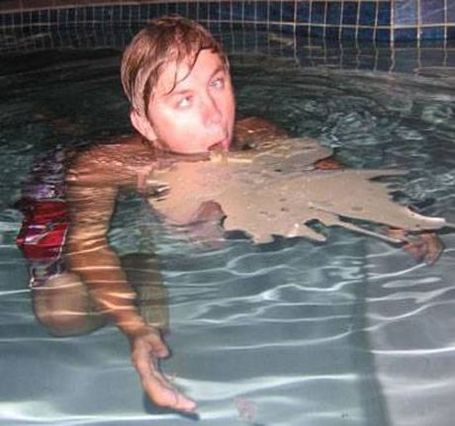 Johnson is still raw and doesn't really have a position.  You know where's a good place to find a position?  The D-League.  True story, just ask Marcus Williams (not the laptop stealing Warrior Williams).  He may make it down there, but I kind of doubt it just the same.

I feel like Philly should have gone with Maynor here as they apparently don't have a PG and are trying to contend next year.  Holiday isn't really a PG, rather he's trying to become one a la Tyreke Evans.  If they both want to learn how to run a team the D-League is the place for them.  However, Holiday at #17 feels like a greater possibility to see the D than Evans.

Lawson knows what he's doing, they guy's under control and just needs some PT in the NBA.  Denver could still send him down if they feel like he's needs to keep his legs warm.

Teague needs the D-League.  He's a great shooter, but not a real playmaker yet.  I can definitely see him getting a couple Gatorade assignments and call-ups this season.

He's ready, but you never know this late in the 1st round when guys will sit the bench and be sent down for some in-game practice.

Collison just seems like a guy who is destined to spend time in the D-League, even though I think he's about finished developing.  Chalk him up as the DeMarr Johnson sort (OK, OK he's not that old).

If he comes over this year I doubt he plays in the D-League.  These European guys hate flying all the way over here to play in the 2nd tier league, what a shame.

He's raw, undeveloped, didn't even start most of the season in his one year in college, and doesn't possess either offensive or defensive skill in any capacity.  Wait why was he picked....oh right 7 feet tall.  He's just big, and athletic.  I think he's going to be a bust, but others don't.  OKC knows how to use their affiliate and I think Mullens is in Tulsa ASAP.

See Casspi - but if he had been drafted a couple years earlier, he could have possibly paired with Pops Mensa-Bonsu, which would have been fun to hear Rick Kamla pronounce.

He's thin and a little on the short side.  He'll definitely need some D-League time.  Sadly I don't see him sticking in the NBA, so he'll probably spend a lot of time on the D-League draft board in the future.

See Taj Gibson - By the way, how were these two guys taken before DeJuan Blair....oh, right.

Another UNC guy who pretty much has it together.   Based on what Minnesota did earlier in this round, I think Ellington may be the only SG on their roster, so I would be surprised if he was in the D for anything longer than a tune up.

On the Lakers, Douglas would have spent the entire season in the D-League, carrying the "King-of-the-Universe's" (Aka Sun Yue) luggage.  But since he was traded to the Knicks, and they got rid of Quentin Richardson, I see Douglas with a nice opportunity to be the 7th man.  The Knicks were desperate for warm bodies last year, this year won't be much different.

This dude plays in French Samoa's version of the D-League right now.  He'd get torn up in the real D-League  like DeJuan Blair's Kneecaps like the first three years of Blake Griffin's career like a ham sandwich in Eddy Curry's locker.

A few 2nd round picks who you probably won't see in the D-League next year:

37. DeJuan Blair - San Antonio Spurs - I don't care if he has fried oysters for ACLs (although that would be delicious, are we sure he didn't eat his own ACLs?) Blair is a beast.  The Spurs know how to play and develop rookies, they also know how to use their affiliate in the D-League.  (And as a side note, they know how to steal ridiculous talent with late draft picks)  I presume Blair does just enough right to stay in Pop's rotation, but he may see a little Toros time if the management wants to let him work on his offensive game a bit.  Dammit, it just makes so much sense.

46. Danny Green - Cleveland Cavaliers - Green does a couple things that the Cavs need and he's a mature player who knows his role.  I suspect he'll stick in the rotation if he continues his ways from the championship run.