Trey Johnson Back To The Cleveland Cavaliers

Share All sharing options for: Trey Johnson Back To The Cleveland Cavaliers 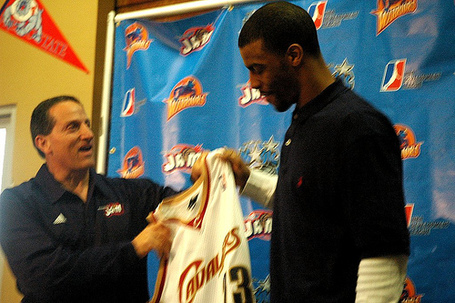 As most people should have suspected, Trey Johnson is on his way back to the Cavs, expecting to sign a 10-day contract at some point today.  During his last visit with the Cavs, a 10-day that ended just before All-Star weekend, Johnson averaged two points and half a rebound, appearing in 11 minutes during two games.

Upon his return to the D-League last weekend, he had this to say, according to a Bakersfield Jam press release:

During a telephone interview today, Johnson waxed eloquence on competing on the national stage with the Cavs. "Of course it is exciting to be playing where I feel I can contribute, but as much as I enjoy being there, what I really appreciate is watching my life-long friend (Cavs guard Mo Williams) playing so well...I'm very happy for him."

Johnson has averaged 20 points and 4.8 assists in the D-League this season while shooting 46% from 3-point land.  In his short time back in the D-League, he did play in the all-star game, scoring 15 points and adding four boards and four assists.

According to the game recap on facebakersfield, he was MIA last night, presumably on his way to meet Cleveland when they play the Milwaukee Bucks tonight.  I see these fans were disappointed: 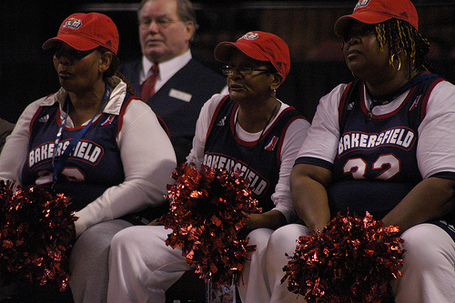