For the last month or more, we, the NBA and NCAA fan base, have been inundated with NBA draft prospectuses.  Experts and wanna-bes have been waving their magic wands and scanning their crystal balls in search of the perfect mock draft and player comparisons.  I mean hell, Chad Ford is already up to version 7.0 his mock, and will surely birth another by the time I post this.  That Jon Givony guy is basking in the glow of his popularity like a hot chick at a Trekkie convention, basically getting mobbed by everyone from GMs to lowly bloggers about his take on BJ Mullen’s intangibles (or in this analogy his opinion on Star Trek: Nemesis). 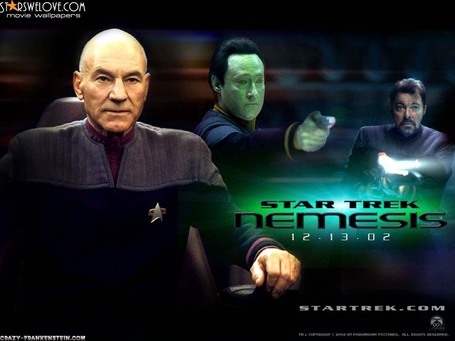 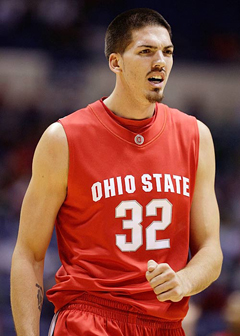 The talking heads on the TV and radio have been spewing gobs of seemingly worthless information at an alarming rate.  And yet we get sucked in, we pay close attention and we debate ad nauseam the mindlessly inane and mundane intricacies of each player’s life.  Let’s be honest here internet, my brain is full and tired.  I am ready for this to be over.  We all know how it’s going to end anyway.  The Grizzlies, Clippers, and Warriors will probably screw this thing up.  Either blowing it on draft night or within the ensuing months, ensuring that any draft luck they’ve been dealt is quickly wiped away by idiocy.  We also know that the Spurs, Lakers, and Rockets will probably select pretty decent if not great players who will blossom under the right system and support.  Oh yeah, and the Knicks fans will heckle the bejesus out of everyone, including their own pick.

I guess what it comes down to is that I’m really tired of all the talking and hoopla.  Here is a prime example of uber-analysis I caught on my way from work the other day:

Fictitious-ESPN-Anchor-Steve: "Brandon Jennings eats four bowls of Mini-Wheats every morning, is he doomed to be the next NBA player with weight issues or is this a sign of future growth potential?  What do you think Bill?"

Fictitious-Draft-Expert-Bill: "Thanks Steve, great to be here.  I’ll tell you that I can’t see Brandon’s eating habits as being a setback, I mean think about it.  When you were 19 how many pizzas could you eat in a sitting?  I could 6 by myself.  This kid is just growing, I expect Jennings to grow at least another foot with the amount of Mini-Wheats he downs.  He’s going to be an All-Star!  His breakfast habit is not nearly as suspect as that mole on Eric Maynor’s back; that should be a red flag for any NBA team."

Hit the Jump for More Angst.

Look, I am all for grotesquely searching every statistical inference and physical minutiae for even the slightest edge on which of these draft candidates will pan out into a nice, if not great, NBA player.  But at a certain point I feel like fans, experts, and (maybe though I hope not) GMs are shooting themselves in the foot with all of this vetting.   How many times do we have to talk ourselves into an Austin Daye while looking the other way on a DeJuan Blair before we realize: You’ve got to watch these guys play the game. 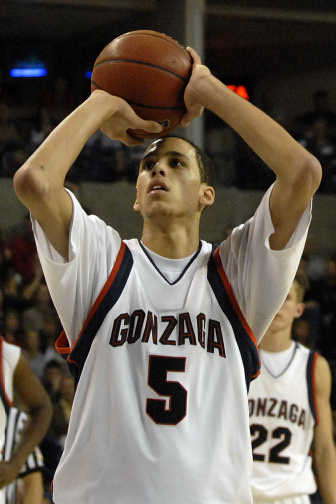 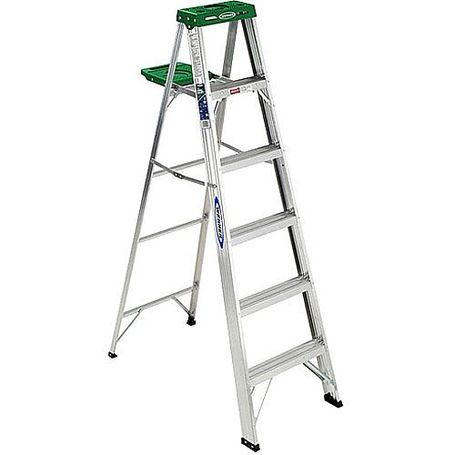 Austin Daye = Step Ladder.  Skinny and will get stepped on continuously in the NBA.

All of the workouts and reports of awesome shooting drills don’t mean squat.  Oh, so Demar DeRozen dunked on like three folding chairs….sick.  He also had an inconsistent showing his first year in college, never quite looking comfortable in the college game.  Let’s not forget Tyler Hansbrough, who blew up at the combine, he’s actually athletic!!!  And tall(ish)!!!  And fast(ish)!!!  But what everyone is forgetting is what he looked like during the ACC and NCAA’s.  He was a good, if not great, college big man, he played under the rim and has a serviceable jump shot.  But fans and "experts" alike forget that he struggled against physically taller and larger competition.  So that puts his NBA future somewhere closer to the bench than the Hall of Fame.  Yet despite all of that, he is climbing the draft charts, purely on monster workouts and "better than expected" measurements.

Look I’m not saying that these workouts and measurements are not important, or for that matter that statistics and their devil spawn regressions are not important.  I’m merely suggesting that we should take a step back and try to recall what most of these prospects looked like playing the actual game.  Because at the end of the day, that’s what they are getting paid for: playing basketball. So everyone take a deep breath and try to remember what each of these guys looked like gunning against topflight college or European competition, then say a little prayer, and make a pick.  Good luck to everyone tonight.  Well except you Clippers, rot in hell.