With the twenty-fifth pick in the SBNation Mock Draft, I, Aisander Duda, the Oklahoma City Thunder, select... (Drum Roll please)

The Thunder select Sam Young from the University of Pittsburgh.

Due to Mr. Pappagiorgio of WTLC being out of town inexplicably throughout the draft week (great vacation planning P-dawg), I have been chosen to take the reigns on yet another franchise's future (sucks to be you Thunder fans, all 15 of you).

Rumor has it that the Thunder are looking to shop this pick and probably have some takers (here's looking at you Rockets and Blazers). But in the spirit of keeping picks and harvesting young players, I took the oldest player on the board: Sam Young. Here's the reason why. Young is a freaking bulldog. They guy super tough, a lockdown defender, and pretty darn athletic. Yeah, he's older and more experienced than the rest of the draft field, therefore you know he's probably not going to progress much farther. But the things he's proven to do well at Pittsburgh, i.e. defense, hitting open shots, and being a tough guy/leader, are all things that Thunder could use more of.

Just take a look at what Draft Express has to say about the guy:

Blessed with athleticism, strength, and an excellent body, Sam Young looks the part and has the work ethic to be a defensive specialist at the next level. Certain parts of his offensive game fit the description of an effective role-player as well. Most of his scoring comes from two specific areas: his finishing ability and his catch and shoot jump shot. Around the rim, Young is ranked 4th in this group at 6.5 Pos/G and is 2nd at 1.27 PPP. His 44% shooting in catch and shoot situations is good for 4th and he ranks 3rd in terms of possessions at 5 per game. If he improves the range on his jumper to acclimate the 37.2% three-point percentage he posted as a senior past the NBA-line, he could become a viable offensive role-player who is an even better defender, a la James Posey.

So with a comparison to James Posey and his ball-hawking defense, the Thunder get Young at the back-end of the first round and a remedy for a lack of toughness and defense. His body is definitely NBA ready, as he boast a 6'6" frame with a 6'10" wingspan and is certainly one strong dude. I think he's a steal here for a guy that could be in the mold of Posey/Bowen. Simply put he could be the glue guy and defender that every championship contender needs, on a team that is streaking towards contention. 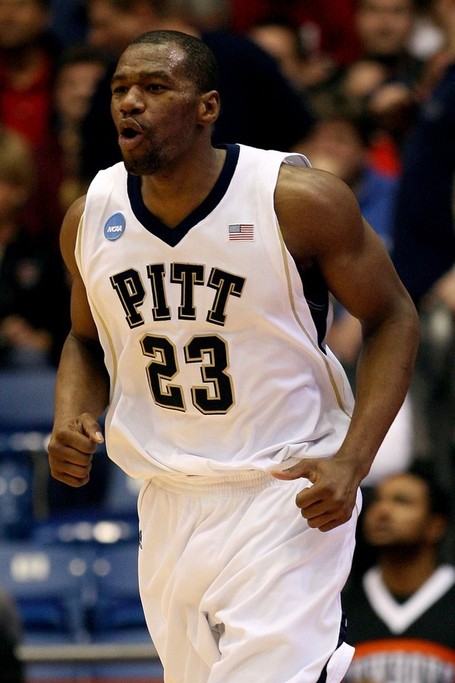