With the twenty-sixth pick in the SBNation Mock Draft, the Chicago Bulls, represented by BlogABull, select... (Drum Roll please)

From yfBB: Chase Budinger.  Another projected role player who should at least have one set NBA skill, shooting. The Bulls don't really have an offensive system besides letting Rose run around while others launch a lot of 3s, and Budinger can do that for a few minutes a game. I could say losing Gordon or Hinrich makes shooting an actual need, but I won't pretend the 26th pick in this draft is going to solve any real problems that losing either or both of those rotation players would cause. 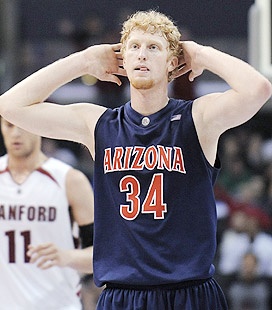