From Indy Cornrows:  The Indiana Pacers have a long-term need to gather talent at every position, with only three players currently under contract past the 2010-11 season. They also have a short-term need for some interior toughness to buttress (This word is my favorite for describing Blair -- Scott) a flimsy front court in their quest to make the playoffs next season. DeJuan Blair out of Pittsburgh covers both of those needs. Considering the young, high-upside guards are gone, Blair becomes an easy pick at 13 for the Pacers.

Blair was quite productive for a very good Pittsburgh team last year, but is considered undersized as a power forward in the NBA. Dude just slimmed down to 275 pounds and he's undersized? That's a big boy regardless of his height. Plus, Blair boasts a 7'2" wingspan, so you combine the reach with the booty and he should have no problem clearing space to chase down rebounds and put back buckets against taller more lithe competition.

Defensively, Blair can help immediately by simply playing the role of a Brinks truck in the lane. Pacer opponents found the path through the lane far too friendly last season. Blair's size and physical nature should make that quest to the bucket much more harrowing for opposing playmakers. So assuming the Pacers don't trade down to gather more assets, I expect Blair to be a solid addition to the roster who will quickly become a fan favorite next season. 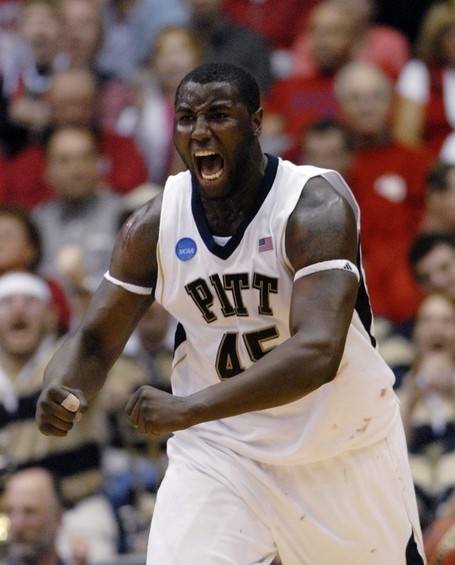