D-League Re-Draft: Tulsa, You're on the Clock.

Share All sharing options for: D-League Re-Draft: Tulsa, You're on the Clock. 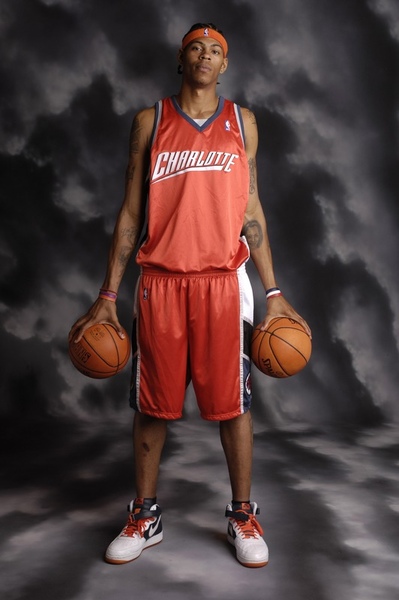 Last season, I did a re-draft of the D-League draft.  Granted this was before many of you learned of the wonderfulness Ridiculous Upside has to offer, but I liked the idea.  Thus, we're doing it again this year, starting with Tulsa , who drew the first pick in the D-League draft this season.

The D-League is a little different - before the draft, you already have seven players on your roster - either returning players, allocated players (regional significance?), and local tryout players (longshots).

In Tulsa, they were already starting with fairly solid team:  Tulsa started with two NBA vets - Keith Closs in the middle and Ryan Humphrey at the 4-spot.  They also brought in widebody Chris Ellis to man the post, former Oklahoma point Terrell Everett, two veteran wings in Jeremy Kelly and Russell Carter, along with Keith Clark, the eventual runner up in the D-League Dunk Contest.  Overall, not many (gaping) holes.

Since Keith Closs had decided against the D-League, apparently finding that the Phillipine National Team needed his services just a bit more, I've decided that Tulsa could most use a big man.  They thought that too, picking Chris Richard originally in this spot.  Unfortunately, Richard was disappointing, duplicatin, streaky, and vastly undersized for the center position - even in the D-League - before being shut down with a back injury in mid-January.

With Ryan Humphrey, Chris Ellis and Keith Clark all manning the undersized post role already, this team could have been truly dominant, D-League-wise, with a tall, lanky, athletic scorer to compliment the big bodied post players.  It could have beautiful - and Tulsa could have finished much better than 15-35 record they mustered, ultimately leading to the dismissal of coach Paul Woolpert.

My choice: Jermareo Davidson.  Davidson had NBA experience, being a second round pick of the Charlotte Bobcats the season before.  Davidson had something Tulsa was lacking - height and athleticism.  Jermareo (love that name) ended up being a pretty good D-League player for the Idaho Stampede before being called up by the Golden State of Mind Warriors, averaging 16.1 points, 10.8 boards, and 1.5 blocks in less than three quarters of action.

Now on the clock: the eventual D-League champion Colorado 14ers.